HBO Head Reveals The Timeline Of The ‘Game of Thrones’ Spinoff 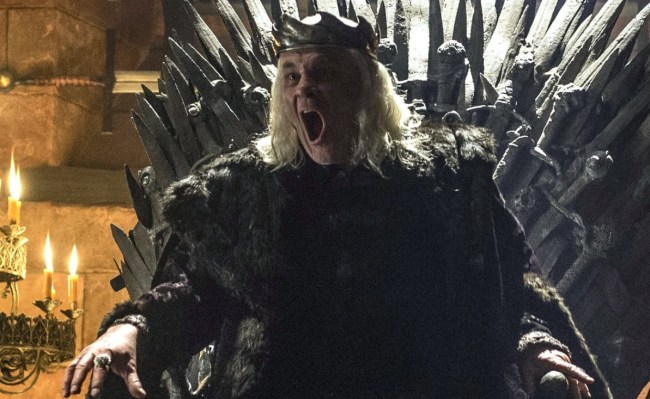 Back in May, we received the outstanding news that HBO was working on four possible “Game of Thrones” spinoffs. This made complete sense since “GoT” ends next season and the ratings have been through the roof. HBO’s programming chief Casey Bloys revealed a timeline as to when we could expect the “GoT” spinoff to arrive on our TV screens. During the Television Critics Association’s press tour on Wednesday, Bloys gave details on when the new Westeros show will come.

“The No. 1 priority in all of this is the final season of Game of Thrones. I don’t want to do anything with a spin-off or anything that detracts or distracts from that. That season will happen and my guess is it would be at least a year before you saw anything else. What I don’t want is the attention to be drawn from the final season, which I think is going to be epic and amazing and somehow have the distraction of a new Game of Thrones airing right after that. It’s best to separate it and that’s what we’ll do.”

The network wisely doesn’t want to draw people’s attention away from the final two seasons of “Game of Thrones.” Bloys also gave details on Season 8 of “Game of Thrones,” the final season of the hit fantasy show. He said that the Season 8 scripts has already been written by showrunners David Benioff and D.B. Weiss. Bloys hinted that some of the final six episodes in Season 8 could be as long as a full-length movie. “I imagine they’ll be longer but … I’m not sure [how long],” he said. “We haven’t had that discussion yet because I don’t know how long the episodes are going to be. Two hours per episode seems like it would be excessive, but it’s a great show, so who knows?”