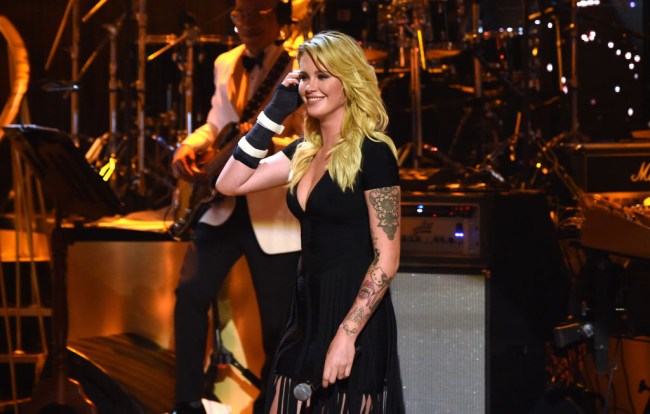 Way back in the dark ages of 2007, Alec Baldwin went viral, well as viral as you could go in 2007, for a scathing, insane voicemail rant. You see, back then Alec and his soon-to-be ex-wife Kim Basinger were in the midst of a custody dispute. One of the pieces of evidence Basinger used against Alec was a voicemail in which Baldwin screamed at his daughter Ireland for missing a scheduled phone call, calling her a “rude little pig” and saying he was going to “straighten your ass out.”

“You have humiliated me for the last time,” he also said during his ranting tirade.

Turns out that wasn’t the case, because Ireland Baldwin, now 21 and one of our all time fave celebrity offspring, for many, many reasons, just roasted his ass over that very same voicemail.

Baldwin, who we love for both her beauty as well as her humor and DGAF attitude, was one of the guest roasters for an upcoming special on Spike TV called One Night Only: Alec Baldwin.

This is not how it went…

During her turn on stage, Ireland absolutely nailed it and went all in on her pop.

“Hello, my name is Ireland, and I’m a Baldwin. Yes, I’m a member of that family. The Baldwins. I see other recovering Baldwins here. Some cousins, uncles…I’m here to roast this big old ham I call my father. Speaking of pigs. Some of you may remember me as that thoughtless little pig you read about. That was a decade ago, and my dad and I are in a much better place now. He would never say something like that. Because I’m 6’2″ and I would kick his ass.”

“The truth is, that whole awful period nearly killed him emotionally. I wouldn’t see my dad that upset ever again…until I showed him my first tattoo. Okay, my second tattoo. I couldn’t show him where I got the first one.”

After Alec tossed some food at her, she finally relented and eased up on her old man, saying, “I know you’ve heard this and time again, but I really am proud to be your daughter, and I’m so happy to be here tonight. And I absolutely love and adore you.” 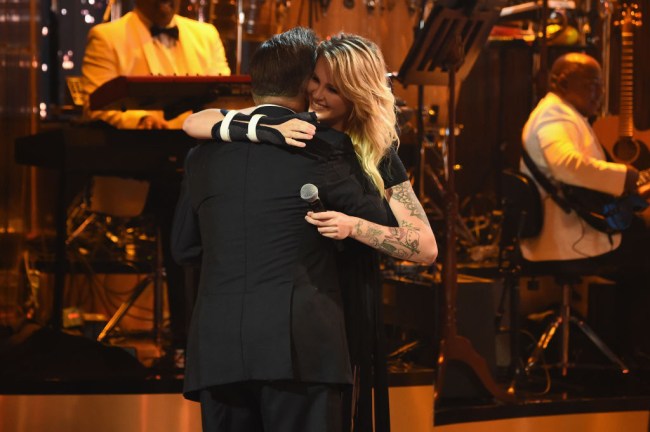 Aww…nothing beats the love (and fighting) between a dad and his little 6-foot-2 tall girl.

Oh yeah, there was also some guy named Bill Clinton there. He had jokes too.

One Night Only: Alec Baldwin airs on Sunday, July 9th at 9 p.m. ET on Spike.