Jennifer Lawrence Crawling Around And Riding The Pole At A Strip Club? Sounds Like A Party 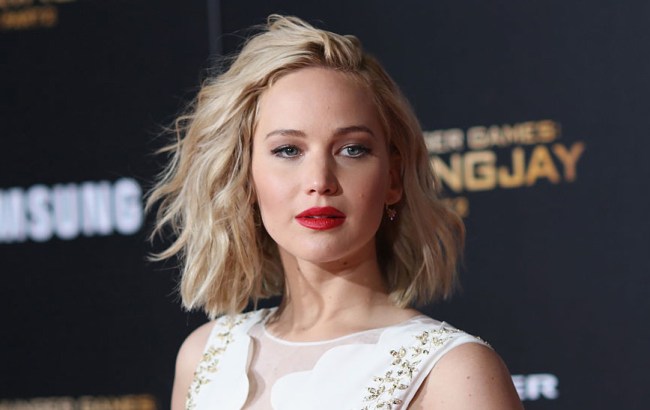 Looks like the Beverly Hills Club in Vienna, Austria was the place to be recently. Because at some point our girl Jennifer Lawrence was there til the wee hours of the morning putting on quite a show.

According to Radar Online, who has the glorious, glorious video…

Lawrence, 26, and the group were ready to get loose, ordering up Beluga vodka and hitting the booze hard, according to a fellow reveler.

Before long, “Jennifer seemed drunk, crawling on all fours around the stage and bending over for men to ogle,” said the eyewitness.

“She kissed one guy, and even started dry-humping him while they danced! At some point during the night, she lost her blouse, so she was only wearing a bra for the more scandalous dancing!”

“It was surreal!” the source continued. “There was one moment when Jennifer picked up some money that was on the stage, and spanked herself with it!”

“She was wild, but seemed to be having an amazing time until her attempt at an elegant routine on the stripper pole ended with her crashing to the floor, and crying in pain!”

“One guy — who she’d been ALL over previously — rushed and helped her back onto her feet. But then she climbed over tables, and fell back into her friends!”

Man, I wish I could embed the video here because it is OUTSTANDING.

In fact, it’s so fantastic that Lawrence even issued a statement on Facebook Wednesday to clarify her strip club shenanigans…

Nobody wants to be reminded that they tried to dance on a stripper pole by the internet. It was one of my best friend’s birthdays and I dropped my paranoia guard for one second to have fun. I’m not going to apologize, I had a BLAST that night.

Ps that’s not a bra it’s an Alexander Wang top and I’m not gonna lie, I think my dancings pretty good. Even with no core strength.