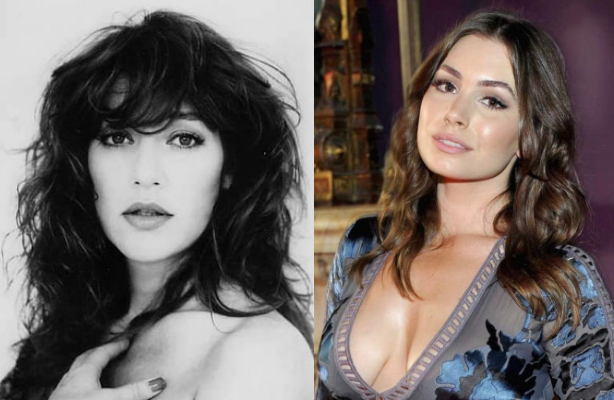 Yes, I understand that her name isn’t actually “Peg Bundy,” but Katey Sagal will always be Peg Bundy from “Married with Children” to me. Anywho, Peg, errr Katey Sagal, has a new book out and she has some saucy details that have pissed off Sophie Simmons.

In Sagal’s new memoir, “Grace Notes: My Recollections,” the “Sons of Anarchy” actress reveals that 43 years ago, she had an affair with Kiss frontman Gene Simmons. Ohhhhhh Al Bundy is gonna probably not really care. The 63-year-old actress said she first met Simmons back in the ’70s while working as a singing waitress at a bar.

“At first, I thought Gene was really weird,” Sagal wrote. “I took him home with me that night because he was quite persuasive, and I like men.”

“To write about someone and then have it affect their family, I feel like is a really kind of low place to sell a book,” Simmons said on “Allegedly With Theo Von & Matthew Cole Weiss” on Tuesday, adding, “I mean, congrats to the one groupie who thought they got ahead, but apparently didn’t.”

Simmons also says of the former “Married With Children” star — who’s landed a new CBS series, “Superior Donuts” — “You tried to get ahead in music, it didn’t work; . . . You played the game and you lost. I’m really sorry. You’re a really talented actress so it worked out.”

Easy Sophie, it’s not exactly like your dad is the Pope. He boasts about plowing 4,800 groupies and had a sex tape released.

Shots fired by someone who’s acting credits are headlined by “Gene Simmons: Family Jewels,” compared to an actress who has been in “Futurama,” “8 Simple Rules,” “Sons of Anarchy,” and of course “Married with Children.”