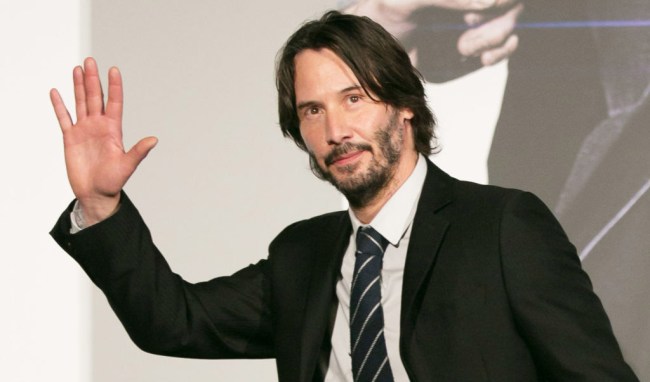 I suppose when a guy like Keanu Reeves is willing to kill 75 or so people over a dead puppy, giving up your seat on the subway to a nice woman with her hands full of bags only makes sense. Or maybe am I confusing movies with real life? Eh, doesn’t matter.

Either way, Keanu Reeves pulled the ultimate Hollywood bro move in this video of (gasp!) actually being a gentleman on the New York City subway. His second bro move? Being fucking Keanu Reeves and still riding the damn subway in New York City. (Although his eyes are darting around like he’s expecting an attack from a deranged crackhead at any given moment. Then again, I suppose that’s pretty much everyone on the NYC Subway.)