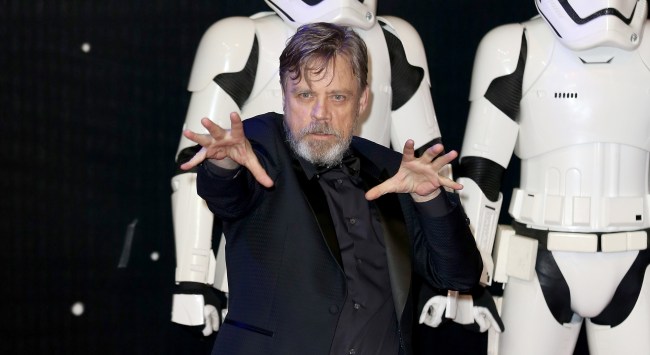 The big revelation this week in the world of Star Wars is that Princess Leia (Carrie Fisher) and Han Solo (Harrison Ford) were having sex while the filming of the original movie was taking place.

Naturally, Stars Wars fanatics have pretty much lost their minds over this bit of news that was released out of Fisher’s new book The Princess Diarist this week.

Carrie Fisher is finally going public with a secret she has guarded closely for 40 years: When she was 19, she and Harrison Ford, then a 33-year-old married father of two, had a whirlwind three-month affair while filming the original Star Wars in 1976.

“It was so intense,” the actress-author, 60, tells PEOPLE exclusively of the real-life romance die-hard fans of the franchise have wished for since Han Solo and Princess Leia captured hearts on-screen.

Oh yeah, Harrison was also married at the time. ANND this is not the first time this story has been told, despite what everyone on social media wants you to believe.

Still, I suppose it is very exciting for those Star Wars fans who hadn’t heard the story until now.

Equally exciting was the part where everyone was reporting that Fisher said that Ford sucked in bed, which she later denied, telling People, “Any reports claiming I said Harrison was bad in bed are utterly false. Perhaps people should read the book before they write their stories.”

Another juicy tidbit, and the one you came here for is the fact that Luke Skywalker, aka Mark Hamill, almost busted in on the two of them knocking boots.

The 60-year-old actress claimed earlier this week that she had an “intense” 12-week relationship with her Star Wars co-star in 1976, and has revealed their fellow actor on the sci-fi series once turned up unannounced at Harrison’s house while she was there.

In her book, The Princess Diarist, she wrote: “Once, on one of the rare occasions when we did have a sleepover at Harrison’s apartment, Mark … dropped by unannounced.

“Clearly I hadn’t just dropped by for brunch.”

She added: “It was hiding in plain sight, mocking the suggestion there was anything going on … a technique I like to use to this day.”

So crafty, those rebel elite, using Jedi mind tricks like that to try to fool a young Skywalker while they took a walk on The Dark Side. What would Obi-Wan have to say about that?