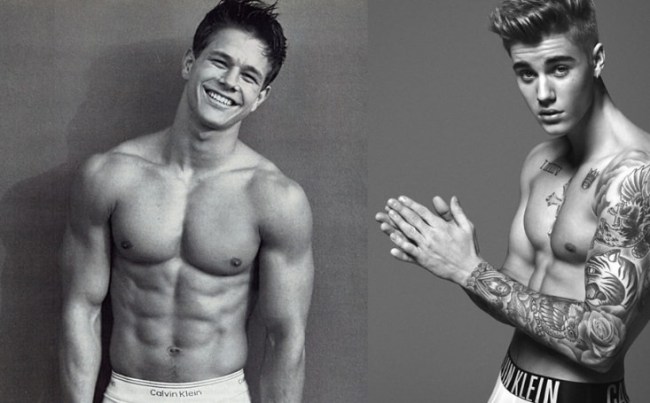 I wouldn’t mess with Mark Wahlberg. Even though he’s a fancy Hollywood actor now, he did go to prison and was charged for attempted murder in 1988. I’m sure he’s more chill now, but if you mess with his daughter, you’re messing with the bull’s horns. That goes out to anyone, especially Justin Bieber. On Friday, Wahlberg told Ellen DeGeneres that he would go back to prison if his daughter married Bieber.

The 45-year-old said that Bieber was a dinner guest at his house and his daughter lost her goddamn mind over the popstar.

With my daughter at the New Orleans premiere of @deepwaterhorizonmovie

“She liked him a lot when she was younger, turned on him completely, and then came back with a vengeance,” Wahlberg said of her 13-year-old daughter Ella.

“Like, ‘Dad, that’s going to be my husband,'” she informed her father. Marky Mark put an end to that real quick, “I was like, ‘Over my dead body. Actually, over both your dead bodies.’ I’ll just go back to jail.”

Got to play tourist in #London with my family today!

Yeah, Marky Mark looks like he can do some damage.

Last weekend with my daughter Grace at Jump Island. #Michigan

So if anyone who knows Wahlberg’s daughter would graciously forward her phone number to Bieber that would be great.