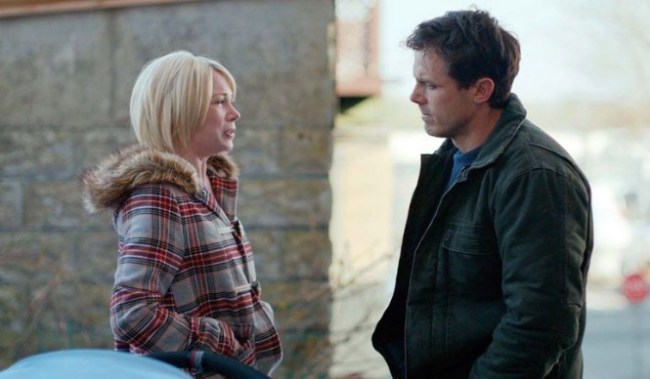 It’s been over two months since Best Picture-nominated Manchester By The Sea hit theaters. If you haven’t seen it, you probably already know this, but you’re in the minority. You happen to be in that minority with Michelle Williams, one of the film’s stars who earned an Academy Award nomination for Best Supporting Actress for her role as Casey Affleck’s ex-wife.

I don’t know how the star of a film can claim she hasn’t seen the thing that she played a large part in creating. That’s some reverse Brian Williams shit, but it’s true, she says.

“I’ve seen some scenes from the movie,” Williams told TheWrap shortly after she learned about her nomination. “I haven’t actually watched the movie. My friend and I were going to see it at a theater in Brooklyn today, but I got called into work.”

Back in November, Williams told TheWrap that making the movie was “an intense emotional experience,” adding “I gotta get ready for it.”

Two months later and Williams still hasn’t seen the film that earned a Best Picture nomination and her co-stars Casey Affleck and Lucas Hedges a Best Actor and Best Supporting Actor nominations respectively. Actors are fucking weird, man. Just find the time or emotional capacity to see the goddamn movie, Michelle. Do that or let me sell your Academy Award on eBay.

P.S. If you haven’t seen the movie, it’s heartwrenching. I saw it on Christmas Day with my family and I would have been sobbing in the theater if I wasn’t scared my dad was going to call me a pussy.