Olivia Munn Talked About Having Sex With Aaron Rodgers 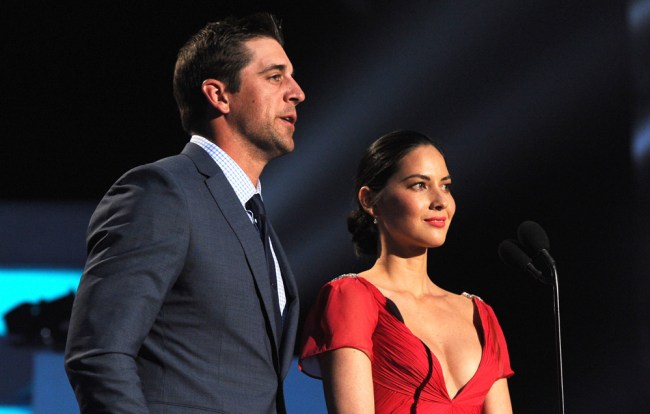 Olivia Munn appeared on Bravo’s Watch What Happens Live on Thursday and during the “Plead the Fifth” segment host Andy Cohen went for the jugular and started asking her about sex with her Pro Bowl QB boyfriend Aaron Rodgers.

“Many people say he’s playing so well because of you, his girlfriend,” said Cohen. “Do you have sex on game days?” Atta boy, Andy.

“That’s a good one,” Padma Lakshmi agreed with me.

“It is a good one,” replied Munn. “Well, I will say that all the good luck charms are on the field and in the stands, so it has nothing to do with me. And, uh, no we don’t. Not on game day. There’s not a rule, but it just doesn’t happen because there’s other things to focus on.”

“If he plays well, do you have sex after the game?” asked Cohen as if he was reading our minds.

“Depends on how late the game is,” Munn replied.

Padma Lakshmi, being awesome, wouldn’t just leave it there though. “Can you have sex the night before? Is that game day?” asked Lakshmi. To which Munn deftly explained, “There’s no rules, by the way. It’s just doesn’t happen usually because there’s a lot to do. But usually yes. I try to have sex as much as I can.”