The $260,000 Oscars Gift Bag That Nominees Received Was Filled With ALL SORTS Of Craziness 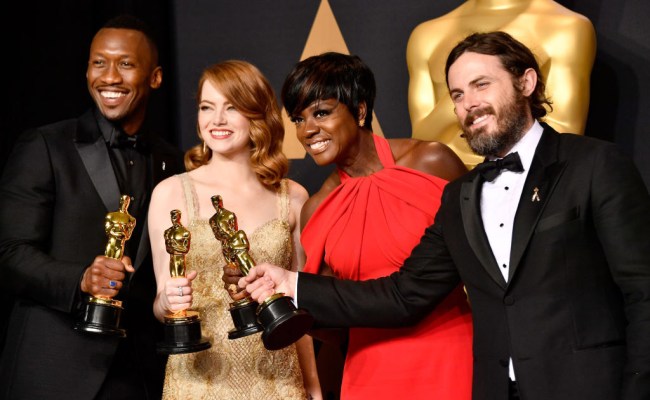 No, that is not a typo. The gift bag that all of the Oscar nominees received in 2017 was filled with stuff worth a reported $260,000, according to the Mirror. So even if they lost they still took home a seriously expensive pack of parting gifts.

That being said, some of what was actually inside these goodie bags was some seriously crazyass shit. Maybe that’s why they call it Hollyweird, I don’t know.

Not sure how things like Chapstick, apples, pecans, a CPR kit, a book about hair and cellulite massage pads, and a pelvic floor trainer will be of much use to these folks, but hey, free is free.

As for the higher end items, there were also plenty of those and they were seriously extravagant.

The $100,000+ swag bag the #Oscars nominees get before the show includes a CPR kit, @Crayola crayons, candy and way more. Take a look: pic.twitter.com/mi5cQG1s2S

Now just imagine all the free shit Meryl Streep has gotten over the years. According to Magic Freebies UK, she’s taken home over $750,000 worth of stuff just for being nominated. Must be nice.

Check out even more of the swag bag over at Business Insider.