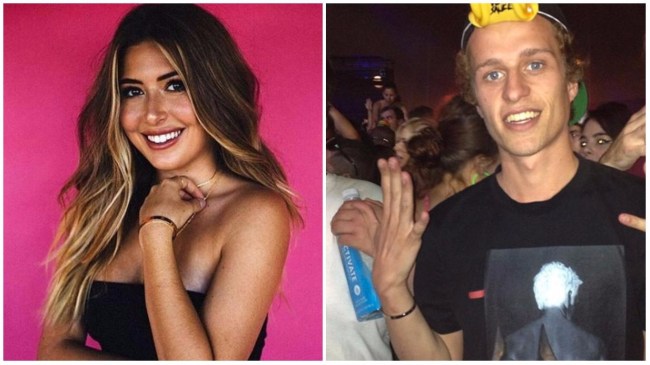 Conrad Hilton, the little brother of Paris Hilton, was arrested early Saturday morning after violating a restraining order against him. The 23-year-old allegedly attempted to break into the home of actress E.G. Daily so that he could see his ex-girlfriend Hunter Daily Salomon, who is the daughter of Rick Salomon who starred in the infamous sex tape with Paris Hilton. Well, this is awkward.

At around 4:50 a.m., Conrad was arrested outside the Hollywood Hills home. Conrad was found by police sitting in a Bentley that is owned by Rick Salomon. Hilton was charged with grand theft auto and violation of a restraining order.

Hilton was arrested in July 2014 after a meltdown aboard a flight from London to Los Angeles in which he reportedly yelled at attendants, “If you wanna square up to me bro, then bring it and I will fucking fight you. I will fucking own anyone on this flight, they are fucking peasants.”

During the flight, Hilton was accused of smoking weed in the plane’s bathroom and was so erratic that he had to be restrained in his seat until he passed out.

Hilton was sentenced to 750 hours of community service, ordered to pay a fine, undergo mental and substance abuse counseling and was put on probation for three years. His latest arrest appears like it will be a violation of his probation.

This is rather bizarre since Salomon dated Paris Hilton and starred in the “One Night in Paris” sex tape. Imagine that phone call that Rick has to make to Paris.

“Hey, how’s it going? Ummm could you tell your little brother to stop stalking my daughter? Also, I watched our sex tape the other day. It holds up.”