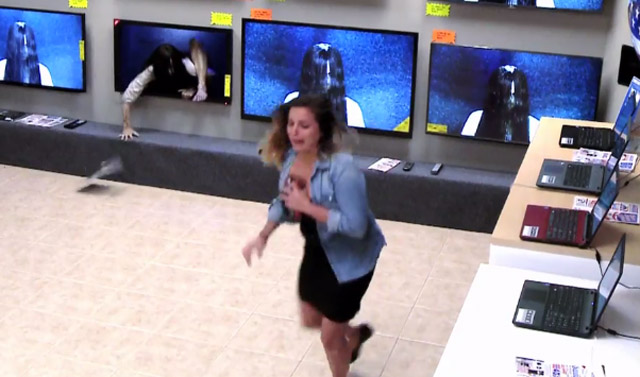 One of the creepiest characters in the history of cinema is that girl from The Ring. Now in real life, the actress who originally played that girl, Daveigh Chase, is actually HOT AF, but in this prank, using a new actress, she’s still scary as shit.

I mean, would you want to run into this while shopping?

Hell to the NO. 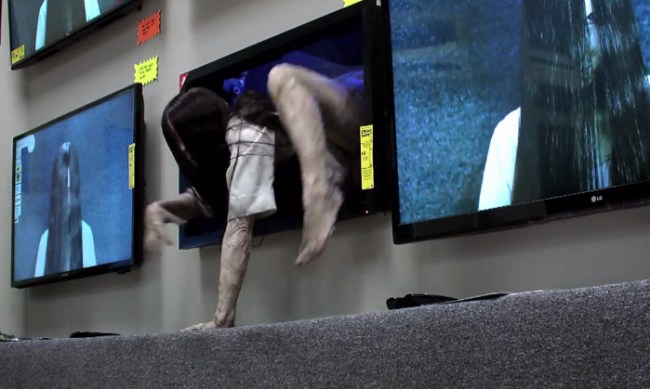 I don’t know about you, but this would be my reaction…

I know it’s only January, but this might turn out the be the best prank of 2017. You know, other than Trump becoming President, of course.