Ryan Reynolds, Errr, Deadpool Had An A+ Response To Wonder Woman Beating Him At The Box Office 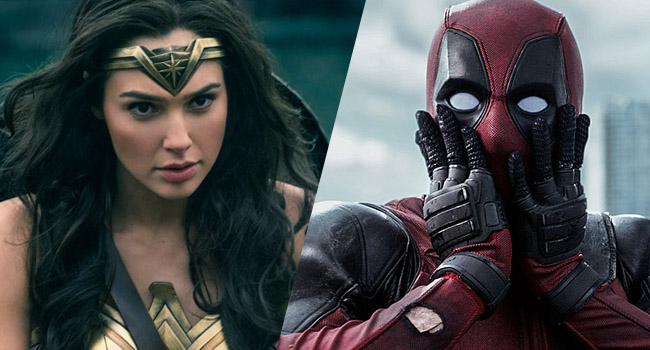 Ryan Reynolds and his alter ego Deadpool are two of the best follows on social media. That’s probably because Ryan Reynolds IS Deadpool and vice versa. There is not a whole lot of difference between the two, at least publicly.

From Deadpool’s hilarious Oscars campaign to Reynolds’ continuous trolling of Hugh Jackman both of these “personalities” are must follows. Sometimes even Reynolds’ co-stars and wife Blake Lively get in on the trolling action.

So when the inevitable happened, based on the way the movie was killing it, and Wonder Woman finally surpassed Deadpool at the box office here in America, you knew that “The Merc With A Mouth” wasn’t going to just sit idly by.

The Merc May Be Filthier, but Her B.O. is Stronger. Congrats #WonderWoman #BoxOfficeBoss

You are the absolute greatest, Ryan Reynolds @VancityReynolds Thank you! We love you and your movie too. ❤️❤️❤️ #deadpool #deadpool2 ❤️❤️❤️ https://t.co/6Raj3VBEIR

He is kind of the greatest, isn’t he?

According to Coming Soon, Wonder Woman’s weekend ticket sales moved it up to $368 million and past Deadpool at $363 million. Deadpool, however, made just over $783 million worldwide, but with Wonder Woman’s overall total currently sitting at $745 million it won’t be long before that mark falls as well.