In 1982, Stephen King wrote “The Gunslinger,” the first novel of his eight-book “Dark Tower” series. The book, which King considers his magnum opus, has been adapted into a movie titled “The Dark Tower” and the first trailer brings an intense and awesome mix of fantasy, horror, and a western.

Roland Deschain AKA the Gunslinger, played by Idris Elba, is pitted against Matthew McConaughey as the Man in Black. The Man in Black is on a mission to destroy The Dark Tower, and if he does so the people of Mid-World will be obliterated as well as all other universes that are connected to the mysterious building. However, Deschain is the last living member of the knightly order of gunslingers that protect The Dark Tower and he isn’t about to let that happen.

Flip your phone to see what I see. #DarkTowerMovie pic.twitter.com/OsSuI0LvnQ

“You know, everything I’ve done kind of reflects back to The Dark Tower books,” King told Entertainment Weekly. 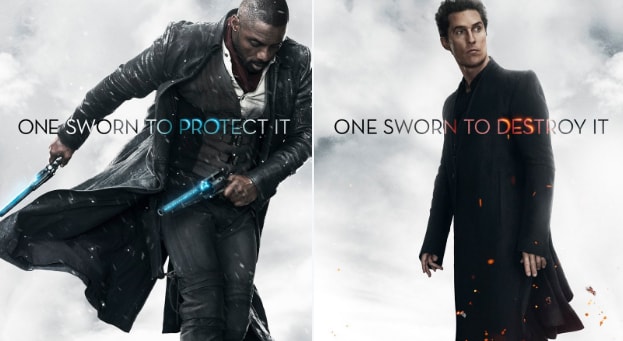 On Tuesday, McConaughey had this exchange with Elba on Twitter as their respected characters in the movie:

.@idriselba You want the Tower?

@McConaughey To find the tower is my purpose. I'm sworn.

@McConaughey You know nothing of me. 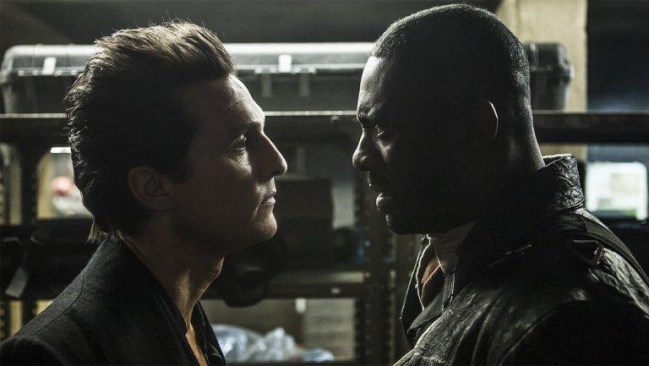