T.J. Miller Says ‘Deadpool 2’ May Be Funnier Than Original And Not Like ‘Hangover 2’ 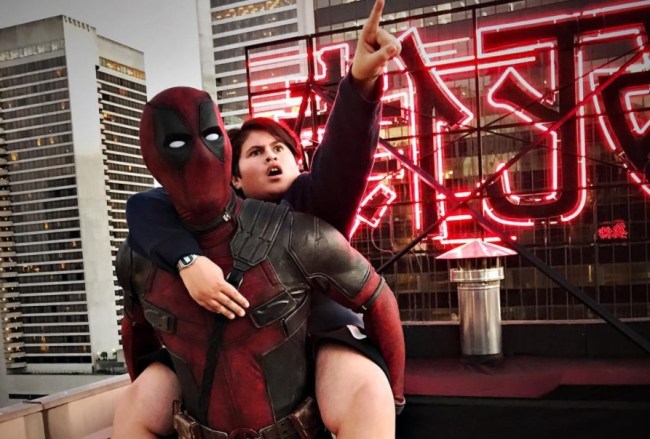 Sequels can be tricky. You want to build on what worked on the first film, but not rely on old jokes, but those time-honored gags are the ones that brought you success in the first place, but viewers want something fresh. Quite the conundrum. It sounds as though the creative parties involved with “Deadpool 2” realize the pitfalls of making a sequel and are trying their best to not make a shit movie that is stale and relies solely on the original film.

T.J. Miller gave an interview to Screen Rant where he said “Deadpool 2” won’t be another uninspiring “Hangover 2.”

“It’s not going to be like ‘Hangover 2,’ it’s not going to be the same movie in a different location, for instance. It’s got different stakes, different things happen, some pretty tragic, dark shit happens in the first part of the film, in the beginning, and the rest of the film is kind of dealing with that, so that’s interesting. But Weasel remains just absolutely the most selfish individual on the face of the planet.”

The actor who used to play Erlich Bachman (Find out why he quit “Silicon Valley” HERE) goes so far as to say that the newest Merc with the Mouth flick may even be funnier than the original.

“This installment is going to be more Weasel-icious than ever before. I was crying so hard laughing that I dropped an iPad in a public restaurant when I was reading the script. As Ryan [Reynolds] and I were talking about, it’s this great thing where we know the tone, we know the stakes, everybody’s played these characters before – most importantly, we know the tone, we know how to hit it pitch perfect. So I think it might actually be funnier than the first one. I’m really, really excited.”

Speaking of Mr. Ryan Reynolds, he shared a photo of a familiar face on his Instagram. Everyone’s favorite expletive-loving blind roommate will be back in “Deadpool 2.” Blind Al, played by actress Leslie Uggams, is back to sharing an apartment with Wade Wilson. Will the Merc with the Mouth move back in with the Roommate with the Mouth?