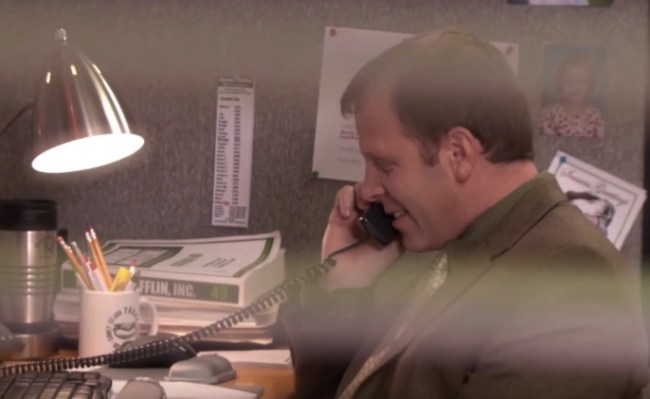 For the sake of brevity, I’ll assume if you clicked to read this article then you’re familiar with The Office and Toby Flenderson. He was the sad and lonely HR rep at Dunder Mifflin, a secondary character on NBC’s hit show who was despised by Michael Scott.

Since The Office went off the air back in 2013 there has been a great deal of speculation about how the ‘Scranton Strangler’ was. If you watched The Office that name probably rings a bell. Toby Flenderson was one of the jurors who convicted the Scranton Strangler of murder. It was an experience Toby wasn’t allowed to discuss but it was also something he desperately wanted to talk about with colleagues in the office because he didn’t have shit else going on in his life.

As noted on UPROXX, speculation over the years have named everyone from Jim to Dwight to Toby as the real Scranton Strangler. But, new evidence has been brought to light and this time around it really, truly looks like Toby Flenderson was the actual Scranton Strangler.

It’s all explained in the video above, but here’s what UPROXX has to say about this:

— Toby has no one that loves him (as Michael has pointed out countless times)
— Toby has made multiple, dark remarks about killing without a hint of sarcasm
— Toby’s guilt after being “pressured” into convicting George Howard Skub as the Scranton Strangler eats him up inside
— The lone phone call when everyone was watching the Scranton Strangler chase at his desk doesn’t add up. Who is dialing Toby, a man with no friends, directly? Such convenient timing, as well…

With the preponderance of evidence at hand, I’m convinced that real Scranton Strangler is in fact Toby Flenderson. But I’ll let you bros click on over to UPROXX to read the rest of the evidence and decide for yourselves.