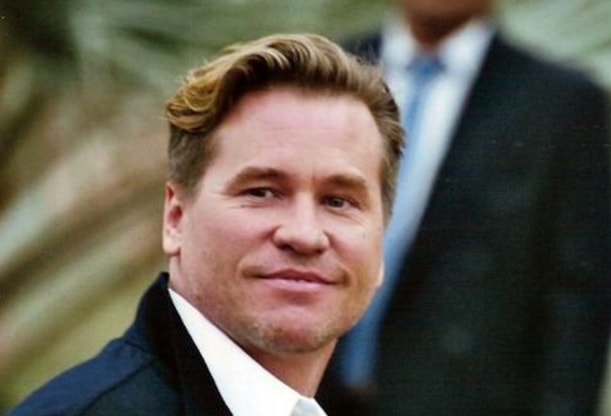 Val Kilmer revealed that he is recovering from cancer after previously denying that he was suffering from any serious health issues. During a Reddit AMA, the 57-year-old actor made the revelation.

A Redditor asked Kilmer, “A while ago, Michael Douglas claimed you had terminal cancer, what was the story behind that?”

“He was probably trying to help me ’cause press probably asked where I was these days, and I did have a healing of cancer, but my tongue is still swollen (although) healing all the time,” Kilmer replied. “Because I don’t sound my normal self yet people think I may still be under the weather.”

Last October, Douglas implied that Kilmer was battling oral cancer, just as he was, and was in poor health. The two actors worked together on “The Ghost and the Darkness” in 1996.

“(Kilmer) is dealing with exactly what I had, and things don’t look too good for him,” Douglas said last year. “My prayers are with him. That’s why you haven’t heard too much from Val lately.”

Kilmer addressed the comments by Douglas on his Facebook where he said that he has “no cancer whatsoever” and hadn’t spoken to Douglas in nearly two years.

“I love Michael Douglas but he is misinformed,” Kilmer wrote. “The last time I spoke to him was almost two years ago, when I asked him for a referral for a specialist to get a diagnosis for a lump in my throat, which prevented me from continuing a tour of my play CITIZEN TWAIN. I ended up using a team at UCLA and have no cancer whatsoever.”

Also during the Reddit AMA, Kilmer said there was no rivalry between him and Tom Cruise while shooting Top Gun.

“He was a sweetheart. We were all quite rowdy me and all the real flyboys and the actors, so I actually felt a little sorry for him cause we all had time to play and date the cute extras and zoom around San Diego in muscle cars, but Tom was always in some scene and never go to play with us…”

Let’s hope the worst is over for Val Kilmer and he’s back as Iceman in Top Gun 2.