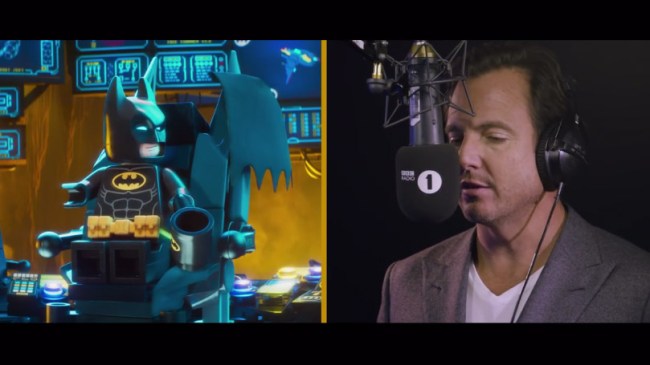 Whoever decided to cast Will Arnett as LEGO Batman back when they were getting ready for The LEGO Movie is a genius.

Further proof of that is Arnett’s recent appearance on BBC Radio 1’s The Matt Edmondson Show where Arnett, in his best LEGO Batman voice, prank called a toy store.

As if that wouldn’t be entertaining enough, they also animated it with the actual LEGO Batman while he spoke AND he was forced to start each sentence with a letter of the alphabet going from A to Z.

Watch and be amazed at the hilarity of Arnett trying improvise his conversation with the clueless toy store employees, as LEGO Batman of course.

Now that you’ve watched that, here are a few more videos about the upcoming LEGO Batman Movie that are also pretty damn funny if you’re into that sort of thing…

Annnd then there’s this, which if you are like me will hurt you just watching it…