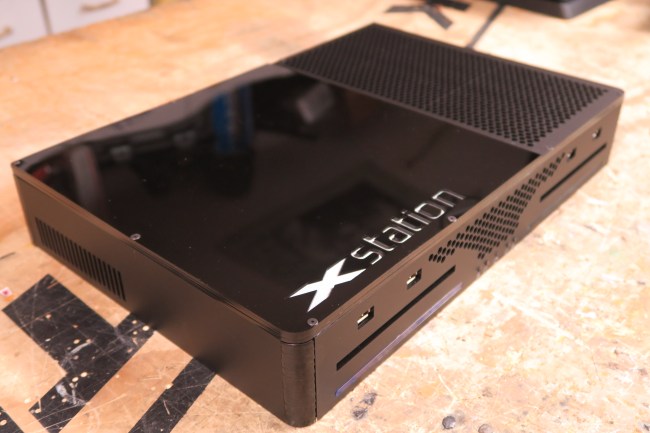 The question that has plagued man since the dawn of time: Should I get an Xbox One or a PS4? Finally, that critical query has been answered thanks to a maniacal mad genius that has combined an Xbox One with a PS4 to make a crazy conglomerated console. The name of this insane yet amazing agglomeration is, of course, the “PlayBox 4One.”

Console modder Ed Zarick is the man behind the mischievous mismatch. The mad scientist took the slim-down versions of a PS4 and an Xbox One and crammed them together in one case. 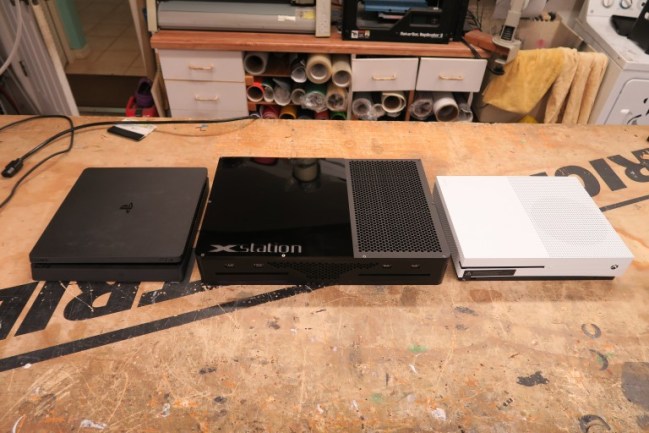 On his wonderfully titled website, Ed’s Junk, Zarick explained what makes up this unholy combination:

I was able to get both systems to fit into a case not much bigger than a standard XBOX ONE S and almost the same size as the 1st Gen XBOX ONE. There is no external power supply either, that is also inside the system. Both consoles are run into a 2×1 HDMI switch which is controlled by an Arduino. The Arduino also controls the status LEDs and the relay inside. When you push the switch button, it will swap between the two systems. It will only provide power to one system at a time though. This is what keeps it cool, it would be a oven if both were running at the same time i’m sure!

When someone asks Ed, “What system do you have? He can literally say, “Both.”