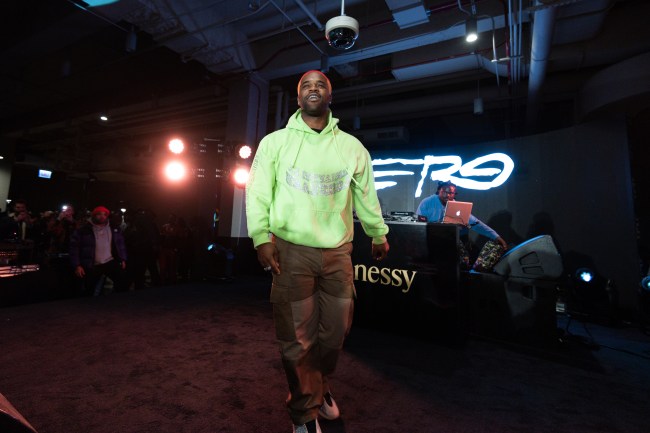 BIGTIME smoke (am I saying that right?) coming out of the A$AP mob hip-hop consortium last night. A$AP Illz, a founding member of the group, announced that he is none too pleased with A$AP Ferg, who is a much bigger deal than he is:

Word has it that Illz is mad that Ferg stole ideas and is “goofy,” among other complaints:

XXL– On Monday (Aug. 31), A$AP Illz, founding member of A$AP Mob, accused the 31-year-old Harlem-bred rapper of stealing ideas and claimed Ferg‘s affiliation with the Mob was over. In a thread of posts sent to Illz’s Instagram story between yesterday and today (Sept. 1), the Mob member broke down the ongoing situation between himself and Ferg, who recently dropped his new song “Move Ya Hips” featuring Nicki Minaj and Madeintyo.

Illz also posted an Instagram story saying that Ferg has no original style, and needed Illz to dress him in Hermes for a music video. Sounds like trouble in paradise.

That text exchange though… ouch. Making fun of a guy for asking him to call you is tough, but pointing out that all of a sudden his messages have gone from iMessages to texts? Stick a fork in this friendship; it’s done.

Can’t imagine Ferg is sweating the severance though. Twitter was quick to note the discrepancy between Ferg’s success and Illz’s obscurity:

Fact of the day:

A$AP Rocky and Ferg are the only members of A$AP to have a single billboard entry or a charting album, and they collectively have sold over 30 TIMES the amount of the rest of the mob…

Letting go of one of them is suicide. pic.twitter.com/cN2ec4Mavi

A$AP iLLz (whoever that is) must have some balls of mf steel to kick Ferg from A$AP mob after he made this masterpiece pic.twitter.com/hb0boEyGzk