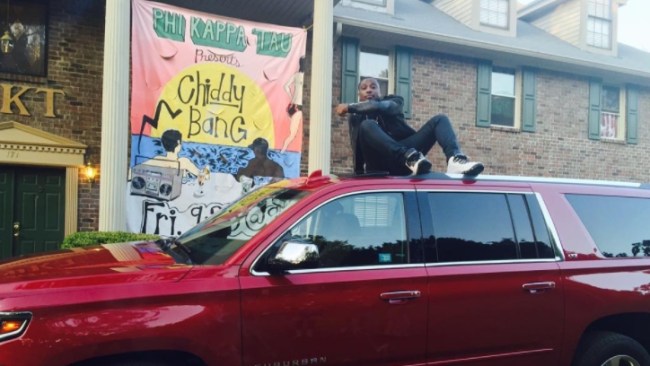 A couple weeks ago I was feeling depressed and nostalgic for the year 2010 on a Saturday afternoon. I threw on a mini Chiddy Bang playlist with “Opposite Of Adult” and “Mind Your Manners” and just melted all those “fuck, I’m old” vibes away.

As a music fan, you could argue that Drexel University’s Chiddy Bang hasn’t really been the same since producer Xaphoon Jones walked away in 2013. Chidera Anameg a.k.a. Chiddy himself kept the dream alive and continued to tour, but new record a la the group’s most productive years from 2010 – 2012 were rare.

Flash forward to today. Chiddy is back in his own special way with a new track, called “Full Speed Ahead.” Like an alumni weekend trip to your frat house brothers room, it’s a refreshing throwback to the Chiddy of yesteryear, when all us aging millennials were young and carefree and the opposite of the adults we’ve become in 2017.

Welcome back, Chiddy. Hope you can stick around for a while.