James Blunt Takes A Giant Dump On His Hit Song ‘You’re Beautiful,’ Saying It’s About A Pervert On A Subway 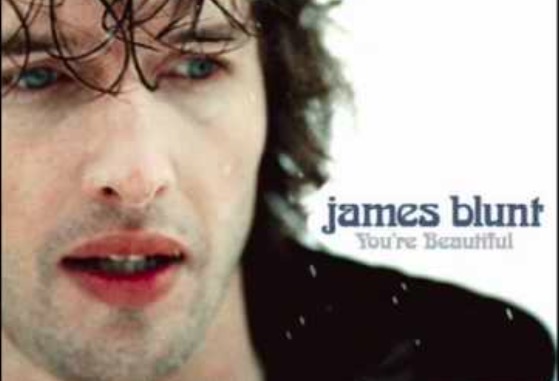 Remember about 10 years back when you’d be driving in the car with your mother flipping through radio stations. She’d tell you to change the DMX song because she felt physically threatened through the airwaves. So you’d land on a Michael McDonald song and it would take you all of 12 seconds before you’d want to put your head in a wind turbine. You’d press the ‘seek’ button once more and it would always land on James Blunt, “Your Beautiful.” Finally something you could agree on. You liked this song, despite feeling like a total pussy. It was beautiful, raw, emotional.

The song single-handedly led Blunt to having the U.K.’s best selling album of that decade, even though it was ranked number seven in a poll conducted by Rolling Stone to identify the 10 most annoying songs. Thousands of newlyweds have made it their ‘first dance’ song, but I’m guessing not many of them have listened intently to the lyrics. The song is fucking creepy, and James Blunt will be the first to tell you so.

“You get labeled with these things like, ‘Oh, James Blunt. Isn’t he just a soft romantic?’ Well, fuck that. No, I’m not. ‘You’re Beautiful’ is not this soft romantic fucking song. It’s about a guy who’s high as a fucking kite on drugs in the subway stalking someone else’s girlfriend when that guy is there in front of him, and he should be locked up or put in prison for being some kind of perv.”

She smiled at me on the subway
She was with another man
But I won’t lose no sleep on that
‘Cause I’ve got a plan.

The British singer claims that the song, which reached number one on the billboard charts, got annoying after it was force fed down people’s throats.

“But too much of a good thing turns into a bad thing eventually, and it got a lot of airplay, and it doesn’t take much to work out that kind of thing. I love hamburgers, but if you give me a hamburger for every meal I’m gonna tire of it,” he said. “Is it an annoying song? No, it’s not, unless it’s shoved down your fucking throat a shitload.”

Regardless of the song being about a day in the life of a pervert, I will still listen to it as I scroll through Facebook pictures of my ex-girlfriend. I mean. What. Bye.