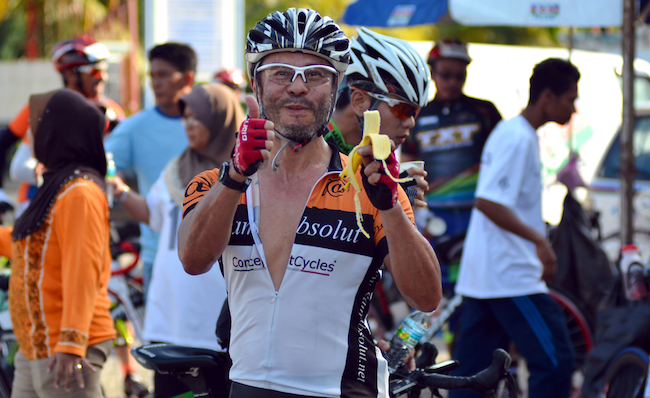 When I was a child, conventional wisdom dictated that the best way to keep yourself from tiring out while exercising was consuming some sort of drink designed to help you get back in the game. Sure, there were plenty of parents who brought orange slices to soccer games, but they normally drove Subaru hatchbacks and had a child with a hyphenated last name. No one really liked those parents.

I was personally a big All Sport guy (before they took out the carbonation), but regardless of your sports drink of choice, it’s hard not to believe you can catch a second wind from something with a bottle boasting fancy ingredients like “electrolytes” and complex chemical equations like “NaCl.” I became a water guy by the time I hit college, but whether you’re like me or you still follow the gospel of Gatorade (or Powerade, if that’s your thing), a new study might make all of us rethink how to recover while we exercise.

According to The New York Times, a group of researchers at Appalachian State University— a place that knows a thing or two about how to compete with the best— conducted a study to see if different forms of carbohydrates can affect an athlete’s recovery while exercising. During a 47-mile bicycle ride, they had one group of cyclists drink only water while another two had their water supplemented with either a banana or a sports drink every 30 minutes.

The team used blood samples taken before, during, and after the race to examine how the bikers who were given additional supplies for their trek fared against their water-drinking peers. Those who had either consumed carbohydrates showed lower levels of stress and inflammation, but the ones who’d been given bananas had produced less of an enzyme that can help accelerate wear and tear.

The scientists hope to conduct additional studies with different fruits in the future. I can’t wait until they try prunes.