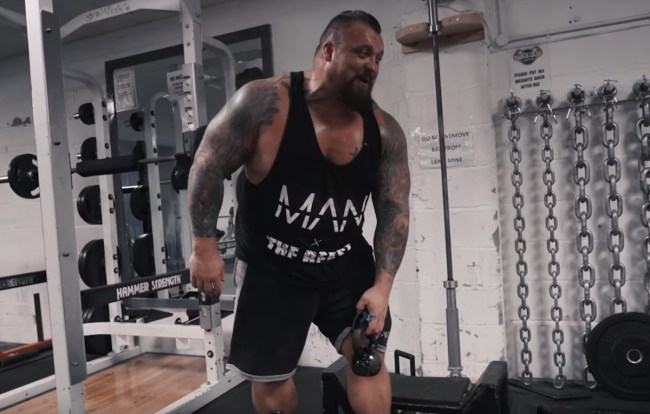 Strongman Eddie Hall felt like proving he’s still the cock of the walk – so that’s exactly the body part he used to lift an absurd amount of weight.

Well, it’s an absurd amount considering he’s using only his dingus and balls.

The pair straps kettlebells to their privates to see who could nut up and pick up the most weight.

The rules were simple: Hall and McGuinness both each tied the cord around their penis and balls under their workout clothes, then looped the other end around a kettlebell. Then, starting from a low crouch, they each began to stand upright to see who could take the most weight hanging from their genitals.

Naturally, Hall walked away with the win and possibly a mild hernia.