53-Year-Old Halle Berry Shows Off Ripped Abs As She Trains For Upcoming MMA Movie ‘Bruised’, Reveals How She Did It 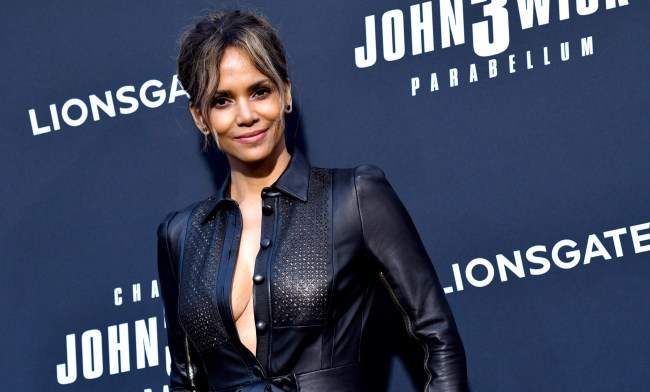 They certainly don’t make 53-year-olds like they used to, and Academy Award winning actress Halle Berry is all the proof you need of that.

Over the weekend, Berry showed off some impressive ripped abs on Instagram as she trains to star in her upcoming MMA movie Bruised about, according to Deadline, “Jackie ‘Justice,’ a disgraced MMA fighter who has failed at the one thing she’s ever been good at – fighting. When 6-year-old Manny, the son she walked out on years ago, returns to her doorstep, Jackie has to conquer her own demons, face one of the fiercest rising stars of the MMA world, and ultimately fight to become the mother this kid deserves.”

Bruised will also mark Berry’s directorial debut and will be produced by John Wick’s Basil Iwanyk of Thunder Road Pictures.

But enough about that, let’s get back to the abs and how Berry did it.

“There’s no better feeling than setting a goal and smashing it,” she wrote on Instagram. “One of my goals for #BruisedTheMovie? Ripped Abs – and today? I finally got them, and it feels unbelievable! This #FitnessFriday, I encourage you guys to set your bar. What is your fitness goal? Set the BAR higher than you think, share your goal in the comments and HOLD yourself to it. The work won’t be easy, but that pay off? Worth every damn second. In the meantime, head to stories for my #BruisedTheMovie workout, courtesy of my performance coach @mubarakmalik, aka ‘Bar’ and put that inner-warrior to the test!”

It’s definitely working and people in and around MMA including Conor McGregor and Michelle Waterson have taken notice. 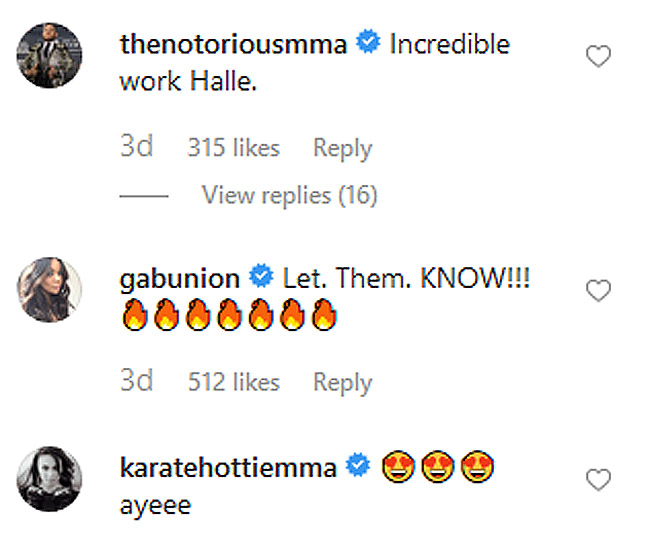 Mubarak Malik is the head performance coach for the New York Knicks. Berry also often works out with Peter Lee Thomas when it comes to training for fight scenes.

Berry wasn’t lying about posting her grueling workout to her Instagram stories either. There we get to see Berry perform a plethora of exercises and lifts including boxing, ab wheel rollouts, partner plank shifts, drop squats, hanging crunches, and many more.