Remember That Season Of ‘The Office’ When Roy Was Suddenly In Shape? His Real-Life Secret To Getting Fit Is Surprising As Hell 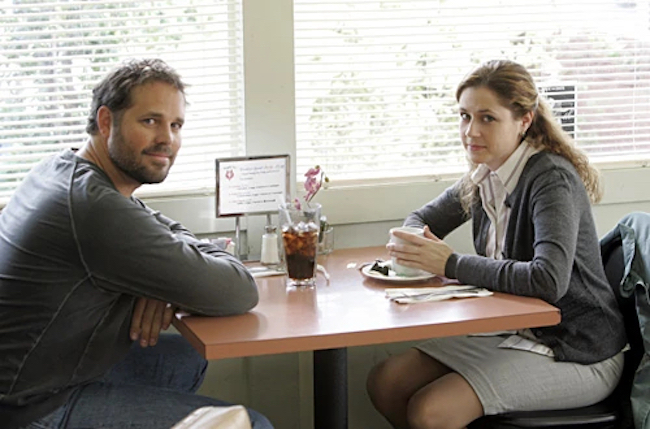 Back in season 3 of The Office, Roy Anderson – played by actor David Denman – tried to win back the heart of Pam Beasley.

In order to physically compete with the tall, lanky, Jim Halpert, Denman felt his character also needed to get into better shape.

On an episode of Office Ladies, hosted by co-stars Jenna Fischer and Angela Kinsey, Denman explained how no one from the show forced him to lose weight, he felt whipping Roy into shape made sense.

While discussing “The Negotiation” episode, Denman said he was approached by show writer Greg Daniels. Daniels let him know that he wanted to make Roy into more of a rival for Jim Halpert.

Denman remembered saying to Daniels, “Okay. Well, I probably should get into shape then.” Daniels gave Denman his blessing but only if he wanted to.

Most actors would enlist the help of a personal trainer or dietitian to get into better shape for a role. Denman went an entirely different direction and began training for triathlons.

“A good buddy of mine named Matt Sohn, who was a camera operator on The Office, had done the Malibu Triathlon, which takes place in the fall, a few times,” Denman told Runner’s World in a recent interview. “He was going to do it again that year, (2006) so he suggested I do it. And I was like, are you out of your mind? But he said no, you can do it. I know a guy who can help you get set up with a bike. And he really encouraged me to do it.”

Denman shared his training breakdown and admitted that he started to love the routine because it involved doing something different every day.

I’m not an athlete in any way, it’s not in my skillset to try to do any sort of like race like that.

Once I got started, I really found I loved it.

There was something about splitting up the disciplines and doing something different every day of training.

Like anything, you start off really small and you just add to it and add to it.

“I’m not a runner. I’m a big guy, and my body is not built to go running. That’s still the hardest discipline for me.”

The craziest part of Denman’s tale is that the actor ran, swam, and biked ZERO races before competing in his first triathlon.

“I hopped right into the triathlon. Forget trying to do even a 5K or find a swimming event.

That was part of the absurdity of it.

It was such an undertaking, I’ve never done anything like it before.

I never did the race to win, I did it as an opportunity for personal health and to encourage other people to give it a try and to raise money for the Children’s Hospital of Los Angeles (CHLA).”

Denman said the rush of completing the triathlon was “such a high” when he crossed the finish line, he immediately understood why people do it over and over again.

Denman now does one a year.