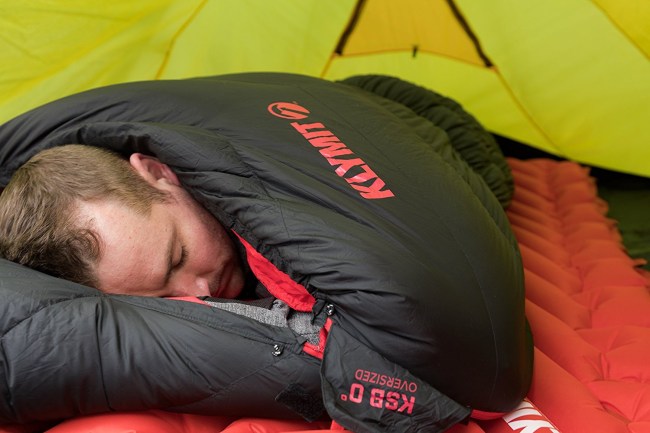 I’ve had sleeping issues since grade school. I’d lie awake in bed, stare at the ceiling, and just hope I’d eventually pass out from boredom. The issue grew worse with age, especially when there was no one telling me to “go the hell to bed.”

These days, I’ve got no problem falling asleep. My issue is staying asleep. I’ll hit the sack around the same time every night, only to wake up after a couple hours completely wired and ready to go. Too bad it’s 3am.

This article in Real Clear Science discusses the issues of sleep and suggest a not-that-new idea — segmented sleep.

What is segmented sleep?

Well it’s exactly what it sounds like — it’s sleeping in increments or chunks of time instead of attempting 6-8 straight hours of shut eye. According to their research, it’s the way people once lived.

Anthropologists have found evidence that during preindustrial Europe, bi-modal sleeping was considered the norm. Sleep onset was determined not by a set bedtime, but by whether there were things to do. Historian A. Roger Ekirch’s book At day’s close: night in times past describes how households at this time retired a couple of hours after dusk, woke a few hours later for one to two hours, and then had a second sleep until dawn.

During this waking period, people would relax, ponder their dreams or have sex. Some would engage in activities like sewing, chopping wood or reading, relying on the light of the moon or oil lamps.

Ekirch found references to the first and second sleep started to disappear during the late 17th century.

Oh man! Segmented sleep would mean I could finally make time for all that wood chopping I’ve been putting off! While this probably sounds like a good idea for some people, the article warns that it’s got to be done just right or it’s pointless.

To successfully maintain a split sleep schedule, you have to get the timing right – that is commencing sleep when there is a strong drive for sleep and during a low circadian point in order to fall asleep quickly and maintain sleep.

If your schedule won’t allow for segmented sleep, the article suggests the also effective nap. Just tell your boss first before you curl up under the desk at 2pm to knock out a couple hours of shut eye.