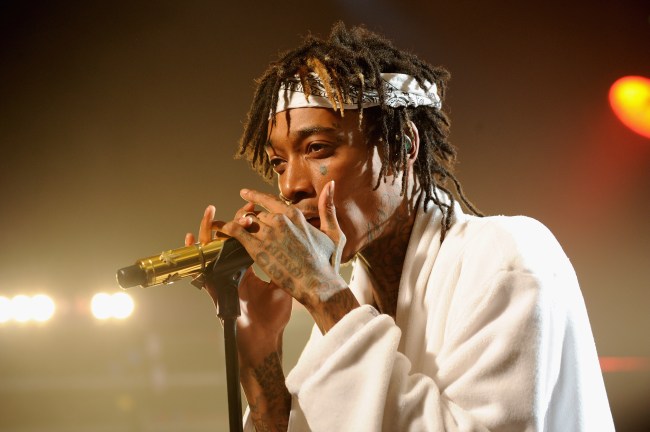 Back in 2011, Wiz Khalifa burst onto the charts with a tribute to his hometown of Pittsburgh in the form of “Black and Yellow,” the most notable (and possibly only) anthem dedicated to the city.

The song had all the makings of a one-hit wonder but he managed to remain relevant thanks to a series of mixtapes and albums that largely revolved around his affinity for marijuana.

Like most weed rappers, Wiz wasn’t exactly the most intimidating dude, presumably because they’re all too busy smoking to hit up the gym.

However, it appears he’s recently decided to make a bit of a lifestyle change— and he’s gotten pretty jacked in the process.

Wiz spoke to Bleacher Report about his transformation and revealed his new physique is the result of some pretty intense jiu-jitsu training as well as a diet that caused him to gain 35 pounds (most of which appears to be muscle).

He credits his cousins (and their anger management issues) for inspiring him to regularly hit the gym for the past four years in order to avoid getting his ass kicked when they need to get their aggression out on tour.

Jay Glazer— who founded the gym Wiz trains at— had previously spoken to TMZ Sports and praised the rapper’s MMA skills, saying:

“This is gonna sound weird, but Wiz is the only dude who has hurt me with body shots. Wiz got me in a body shot where he kept digging, and I was like, ‘I think Wiz Khalifa just freaking hurt me. You gotta be kidding me.'”

Wiz said he’s considered pivoting to fighting for a living but says he enjoys rapping more, presumably because you don’t get punched in the face as much.