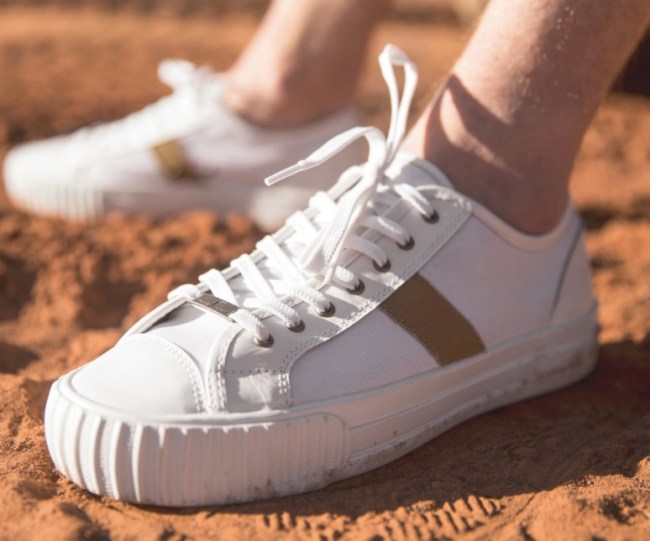 It’s time for the weekly ‘Things We Want’ round up of the best gear for men on the Internet. It’s a collection of the hottest gear I’ve come across this week. Ranging from items I desperately want in my life to things I’ll never be able to afford, I try and include a cross-section of everything here in the ‘Things We Want‘ roundup. I try to include all of the coolest and hottest gear of 2018 but sometimes things slip through the cracks. If you know of a product that you think should be featured in my weekly Gear Guide then feel free to hit me up via email at cass@brobible.com. 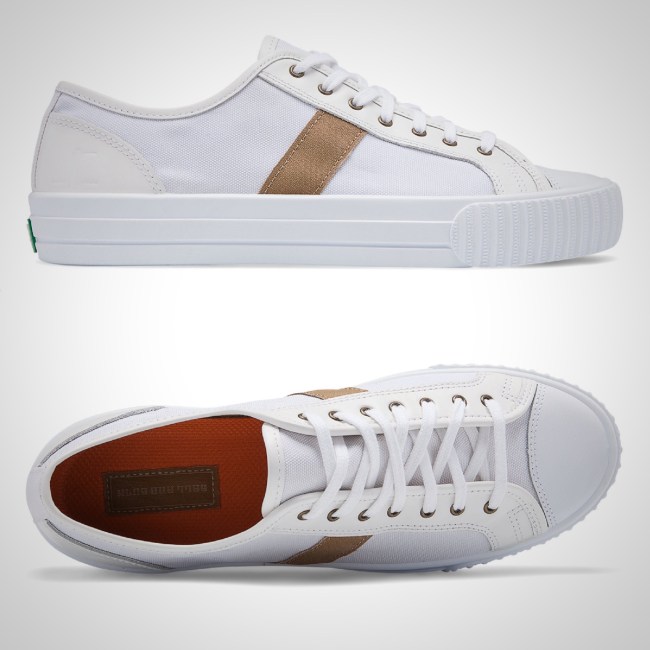 Ball and Buck has teamed up with one of the most iconic shoe brands in America, PF Flyers, to release an American-made sneaker that’s instantly become my favorite shoe release of 2018. The PF Flyers x Ball and Buck Center-Lo is a limited-edition low top with militaristic style incorporated throughout by combining modern footwear technology with a military heritage and it’s made in Boston.

The Center-Lo features a tan stripe across the side made from Ball and Buck’s 12.29 oz signature canvas, a WWII military spec Army Duck canvas, on white ballistic nylon Cordura. Other details include waxed cotton laces, an antique brass laces keeper, Ball and Buck’s Blaze Orange footbed and Original Camo lining on the inside heel cap of the shoe. This limited-edition sneaker is available at the Ball and Buck Boston Outfitters on Newbury Street, on BallandBuck.com, and on PFFlyers.com. They are currently available in all sizes but they just debuted yesterday, and they are certain to sell out fast and you don’t want to spend a fortune on the after market. 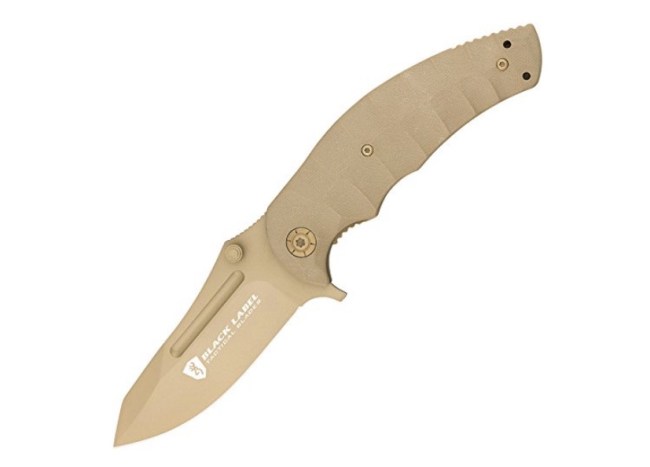 If you want a trusty, sharp, and durable pocket knife for everyday carry then the No Boundaries from Browning is what you’ve been looking for. It’s super affordable, at only $26 on Amazon. It’s an ideal blade for any avid outdoorsman.

‘Be The Ball’ Golf T-Shirt From Fairway Splitters 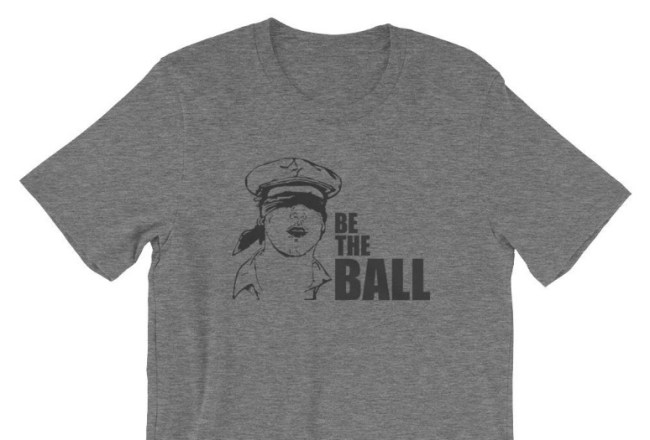 Be The Ball…It’s one of the most iconic lines from Caddy Shack and it’s a mantra that nearly every golfer on the planet has uttered to himself at one point or another when the game isn’t going well or a big putt is on the line. This super comfy t-shirt from Fairway Splitters fits great and is extra soft thanks to the 100% combed and ring-spun cotton. If you treat yourself to one thing today, it should be this t-shirt. 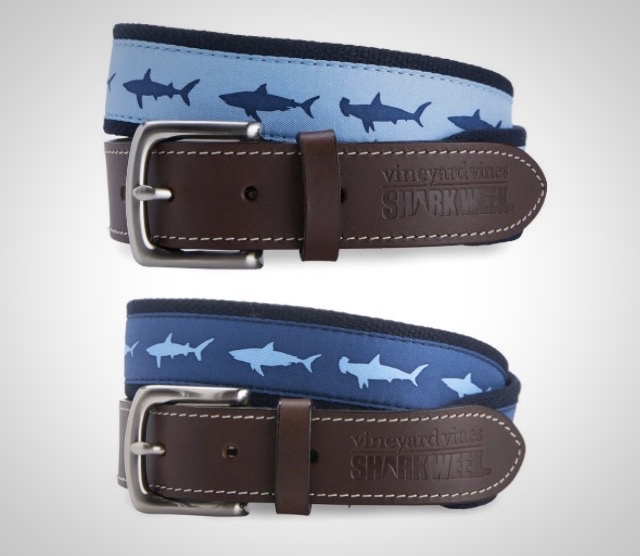 Shark Week is just around the corner and this year Vineyard Vines has partnered with them to release some limited-edition gear. They’ve got shirts, shorts, swimsuits, neckties, and my favorite are the belts. The belt comes in two colors: Moonshine and Jake Blue, both of which are perfect for preppy weddings, wearing to school/work each day, boating, or on the golf course.

I don’t want to take attention away from the entire collection though, so follow the link below to check out the full Vineyard Vines Shark Week 2018 release. Also, a portion of all the proceeds will go towards Oceana, a charity dedicated to protecting the oceans worldwide. 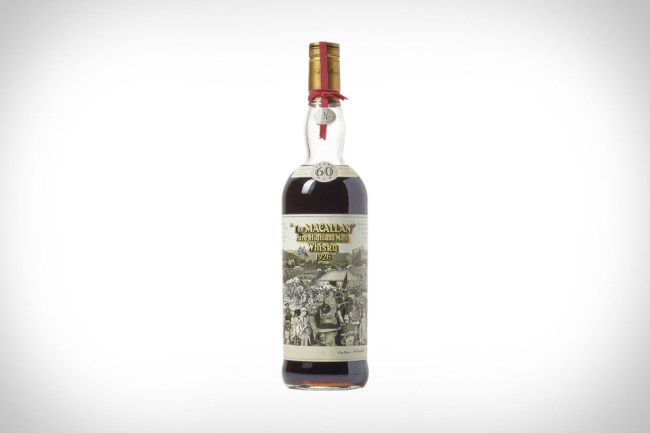 Sooooooooo, yeah, I want this but I’m not sure I’ll ever even see it in person. The Macallan 1926 60-Year-Old Whisky is expected to be auctioned off by Sotheby’s for over $500,000. Only 40 bottles of this were bottled and of those 40 only 12 got labels and were signed. This is one of the rarest, most exquisite whiskies on the planet. For more information, you can follow the link below to Uncrate. 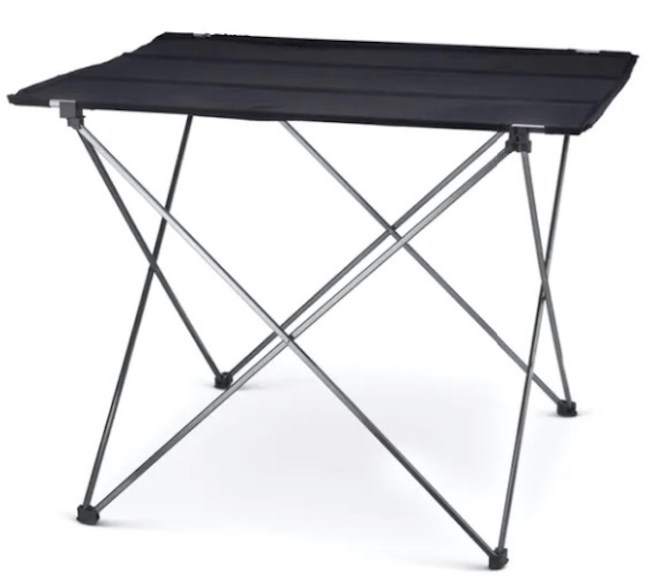 It’s camping season, and if you want a lightweight table that’ll go everywhere with you and make cooking/eating while camping a breeze then you 100% need to check out this campfire table from Primus. It weighs 10g, measures 23” x 23” x 30”, and is perfect for camping or tailgating. 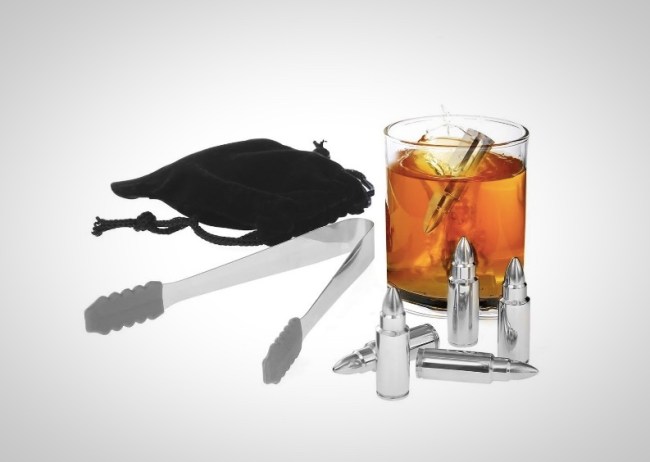 These Whiskey cooling stones in the shape of bullets are the perfect way to keep your Bourbon or Rye chilled all Summer long. This comes with a set of 6, tongs, and a velvet bag for carrying/storage. The idea here is they won’t water down your whiskey but they’ll keep them ice cold. It’s cheap too! 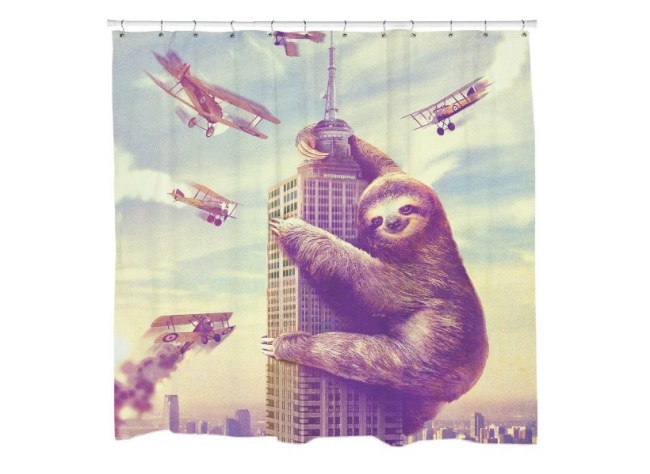 You know what’s tired and boring AF? Whatever shower curtain you’ve got that isn’t this. Do yourself a favor and instantly upgrade your life with the Slothzilla Shower Curtain for only $34. 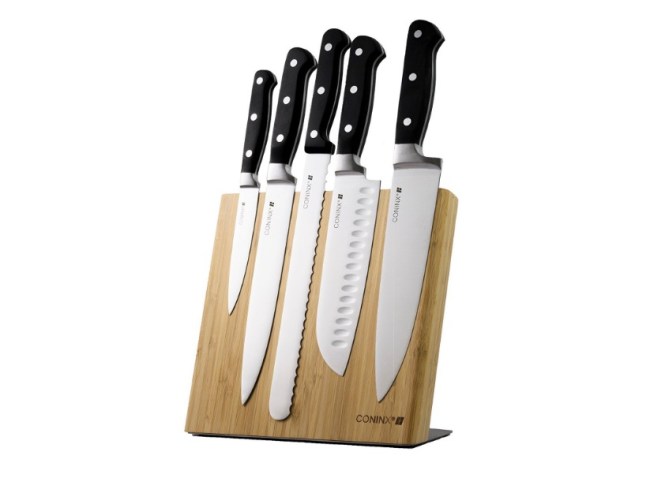 Why spend a bunch of money on nice steak knives when you just keep them tucked away? You can display them in your kitchen with this awesome bamboo wood steak knife holder with internal magnets. It also works with your kitchen knives if you’re in need of that too! 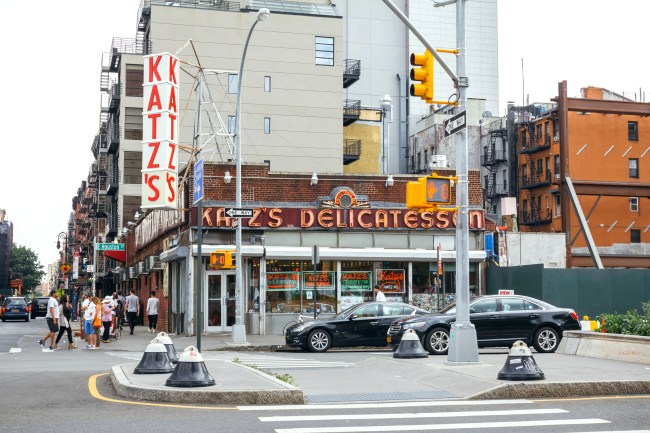 Katz’s Deli is one of the most famous delis in the world, and it might be the best deli in NYC that’s still open today. They serve up sandwiches the size of your head, pickles that’ll change your life, and all of the food is made using the same techniques as when the deli opened.

If you’re like me and got spoiled on Katz’s Deli but have since left NYC then this deal’s for you. They now offer monthly subscriptions that’ll mail you a full meal for 4, once a month. The meal is themed foe each month and June’s includes: 1 Medium Whole Pastrami (approximately 4.1-4.7lbs), 1 Pound of Deli Mustard, 1 Pound of Sliced Juicy Pastrami, 1 Quart of New Pickles, 1 Full Loaf of Rye Bread, 1 Katz’s Deli T-shirt. This could make for a great Father’s Day gift idea for dad if he’s from the NYC area. And if you’re looking for other Father’s Day Gift Ideas just follow the link and check out my Father’s Day 2018 Gift Guide. 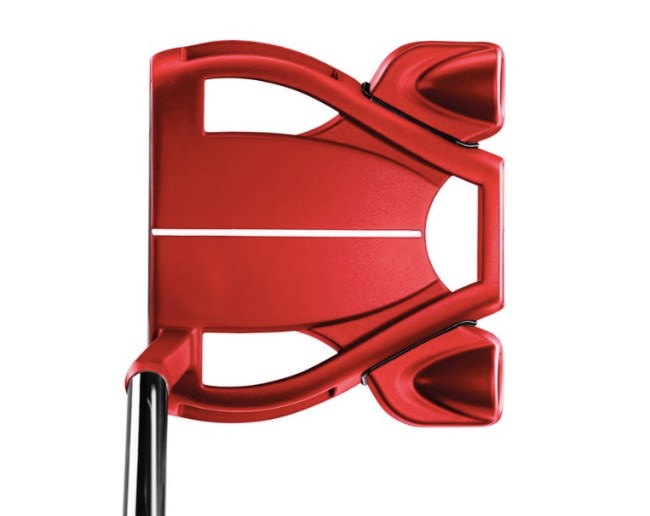 For several weeks I’ve been trying to convince myself that I need a new putter. I’m telling myself that if I just swap in my old putter for the latest and greatest from TaylorMade Golf then my game will finally turn around. The Spider Tour Red Sightline is used by Jason Day, Rory McIlroy, and Dustin Johnson. on the PGA Tour. It has enhanced stability to provide a truly pure roll. Is it worth the $299? Well, that all depends on how badly you want to shave some strokes off your golf game.

South Florida’s Saltwater Brewery is now selling biodegradable, non-plastic six-pack rings that are even edible by sea turtles. These are expected to drastically cut down on plastic waste in oceans across the world. Saltwater Brewery partnered with E6PR to create these game-changing six-pack rings and this will genuinely save the lives of sea turtles and birds worldwide. Check ’em out by following the link below! 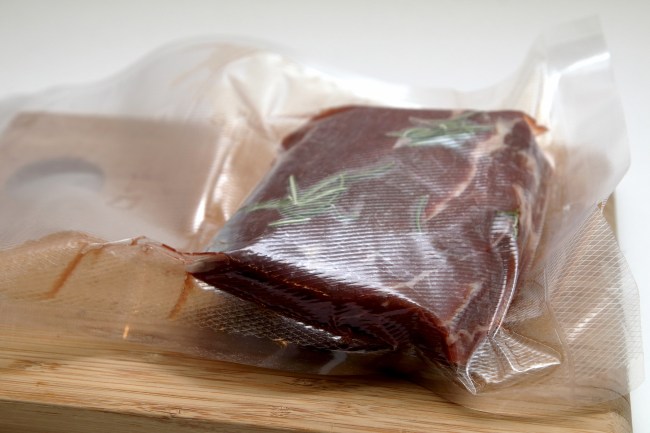 So, you started cooking sous vide style but ran out of inspiration. Now it’s time to take some lessons from Thomas Keller, one of (if not THE) greatest chefs on the planet. This is the best sous vide cookbook you’re going to find and it comes in both Kindle Edition and Hardcover. 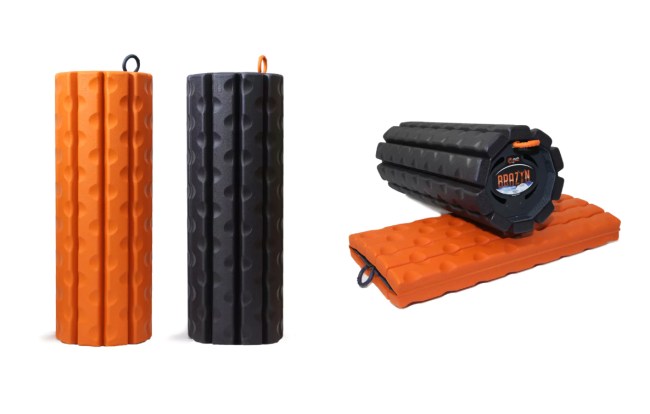 Former NFL lineman Nate Lawrie spent the bulk of playing career lugging around a foam roller. The roller worked perfectly to east Lawrie’s sore muscles and joints but took up too much room in Lawrie’s travel bag and suitcases.

When his career wrapped, Lawrie continued to use a foam roller but focused on making the rehab item more practical for daily travel. His company and creation, the Trek from Brazyn, is a foam roller that appears almost out of thin air.

The 10 Best Saltwater Fishing Rods For Every Occasion