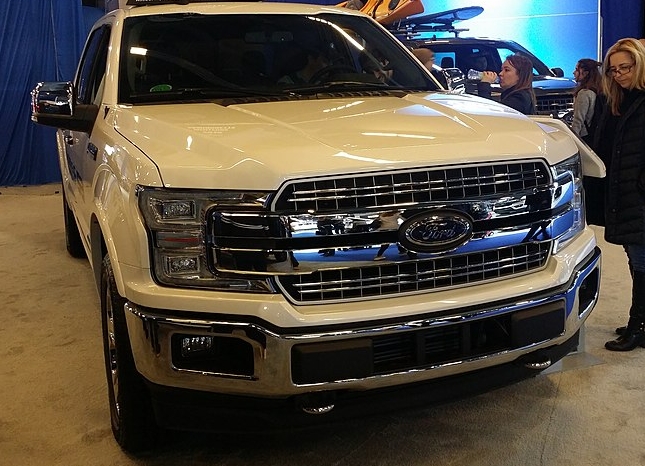 Ford sold nearly a million light trucks in 2018, nearly doubling the next closest automobile manufacturer. Ford needs to keep pushing the limits because the truck market is so competitive.

This week, spy shots have spotted the next-generation Ford F-150 with a new body design. The next generation of the Ford F-150 stays true to the traditional design of the top-selling truck. The biggest change is that there seems to be a spoiler at the back of the cab.

2021 Ford F-150 spied testing for the very first time. The pickup truck will likely drop its V8 engines in favor of electrified ones. #Ford pic.twitter.com/mTXPOrJiXo

Ford is also working on a hybrid model and an electric F-150. That is because the market for electric trucks is emerging with potential competition from Rivian and possibly eventually Elon Musk’s Tesla. Ford is currently working on their own electric vehicle pickup truck in the form of the Ford F-150 EV.

Spy shots were also captured of the Ford F-150 and at first glance, it simply looks like a normal F-150 with heavy camo. But this is actually Ford’s F-150 EV.

You can see Ford’s upcoming flagship truck’s independent rear suspension layout. The 2021 Ford F-150 is slightly higher than previous models, but nothing too crazy. The truck is higher to fit the batteries underneath the cab.

Ford went to the extent of putting a fake exhaust pipe on the demo model, but it doesn’t connect to anything. You fill up your Ford F-150 EV in the front bumper.