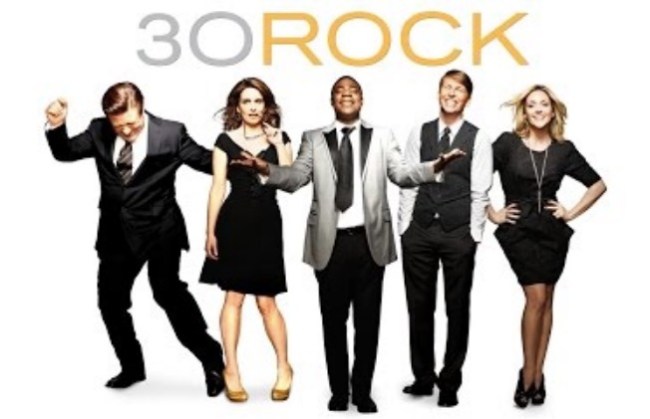 What if I told you that you could own the werewolf hands from Tracy Jordan’s ‘Werewolf Bar Mitzvah’ music video from NBC’s 30 Rock just in time for Halloween 2018, is that something you might be interested in? Because it’s sure as sh*t something that I’m stoked about.

For me, 30 Rock is probably the single best comedy TV show of all-time. Everyone’s entitled to their opinions. I’m not going to spend time debating fans of The Office, The Simpsons, Seinfeld, etc. about which is best because at the end of the day it comes down a matter of preference and I fell into NBC’s 30 Rock just as I moved to NYC after college and the city of New York is just another character on the show, as Liz Lemon (Tina Fey) once remarked.

Some people prefer to fall asleep each night in perfect silence. I need that white noise in the background. My white noise is 30 Rock which is streaming on Hulu these days. I’ve repeatedly watched all 7 seasons so many times I can’t even begin to keep track of how many times I’ve seen the episodes, so when I saw that NBC is holding an auction of 324 items from the TV show I got pretty damn stoked.

The average price of items seems to be $75-100 but there are plenty of pieces in the auction that get up there in price. Some highlights include Tracy Jordan’s iguana Jeremy, Liz Lemon’s ‘Torches’ outfit from the time she became a WNBA half-time dancer at MSG, and the ‘Werewolf Bar Mitzvah’ werewolf hands.

There are a bunch of posters available like Tracy Jordan’s Who Dat Ninja, Tracy and Little Jenna, and NBC’s ‘Proud as a Peacock’ Sign which Tracy butchered as ‘proud as a peacork’ or ‘proud as a peaCOCK, baby’.

You can own Jack Donaghy’s tuxedo which was often a focal point of the show. When Liz asked Jack why he was wearing a tuxedo he famously once remarked “It’s after 6:00. What am I a farmer?” Later, after Jack was mugged on the street and afraid to commute he started wearing his tux more frequently. 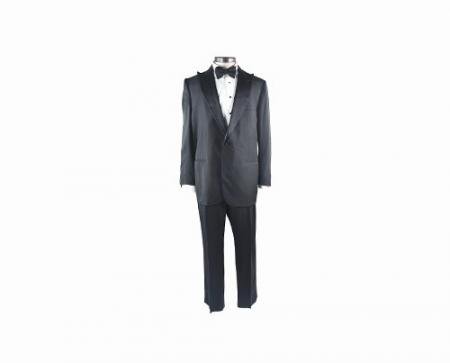 Another great Halloween 2018 costume idea is Kenneth Parcell’s ‘Leap Day William’ costume which you can own. The bidding is currently at $125: 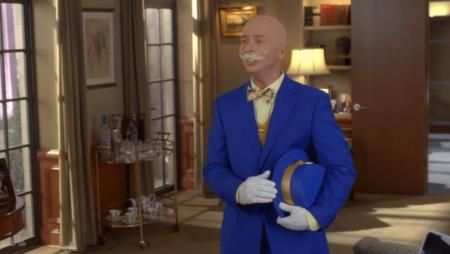 One of the more expensive items out there right now is the iconic Tracy Jordan ‘TJ’ necklace that’s currently at $650 but expected to sell for much more than that. 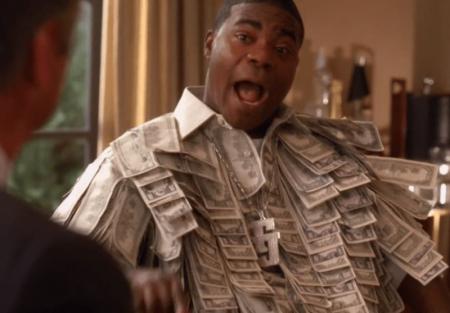 There’s a bunch of art you can own which was said to be drawn, sketched, or painted by Jack Donaghy. You can also own a ton of outfits from the show. To check out all 324 30 Rock items available for auction you can click here. The auction ends at 6pm EST on 10/19/2018.

I don’t want to tell you all which items I’ll be bidding on because I don’t want to drive up the bid prices and competition, but I’ve definitely got my eyes on a few choice props.