#Cars
BroBible may earn a commission if you buy a product or service via links in this article.
by Paul SaccaJuly 17, 2018 6:17 pm 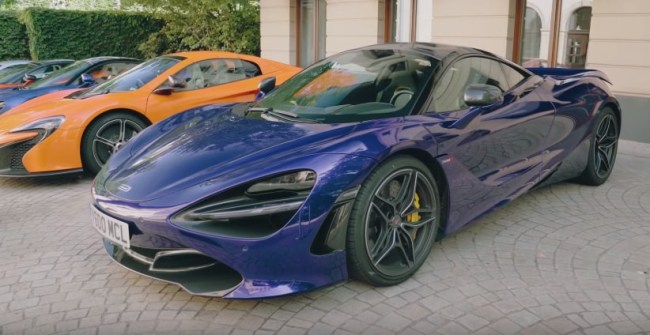 The McLaren 720S is an all-world supercar that is worth around $300,000 and anybody would be lucky to own a performance vehicle such as this. The McLaren 720S boasts 710 horsepower and 568 pound-feet of torque from a quad-cam, twin-turbo 4.0-liter V-8 engine. This beast hits a top speed of 212 mph and zooms 0-62 mph in 2.9 seconds. Apparently, it also goes zero to totaled in less than 24 hours.

One wealthy individual purchased a McLaren 720S on Friday and wrecked the supercar by Saturday only hours after driving it off the dealership. The Fairfax County Police Department in Virginia posted a soul-crushing photo of the wrecked car that costs as much as a house. The car swerved off the road and slammed into a tree in Great Falls, Virginia around 7:45 a.m. on Saturday.

Purchased Friday. Totaled Saturday. This McLaren 720S, costing around $300,000, was destroyed today in Great Falls because of speed. The driver was taken to the hospital with thankfully only non-life threatening injuries. A reminder to slow down, or it could cost you. pic.twitter.com/XhC3LKRY1t

That certainly doesn’t appear like it will buff out. Thankfully, the driver’s injuries were not life-threatening, but they were airlifted to a hospital. Apparently, singing “Like a good neighbor, State Farm is there” did not zap the person out of this scary situation. Police said the accident was caused from speeding. You’d think that if this person could afford a brand new McLaren then maybe he could have afforded some common sense or at least some driving lessons.