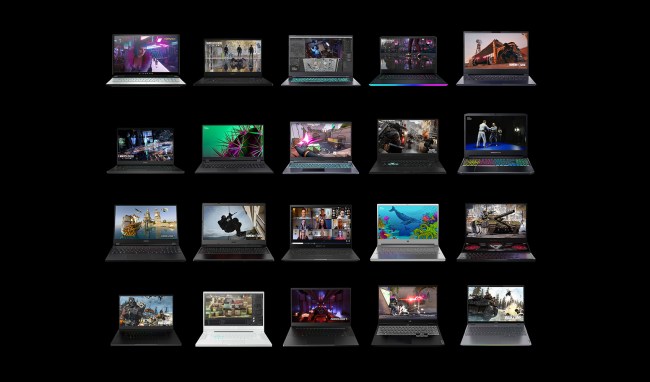 With the generational leap in power shown by the Nvidia RTX 3000-series mobile GPUs, even the most affordable gaming laptop is a showstopper. The stereotype of the gaming laptop as being priced out of reach for most gamers is gone. Entry-level laptops with dedicated NVIDIA 3000-series GPUs are around the same price as their competition in the ultrabook segment of the market. However, that’s not the only bracket that’s seen a major boost.

There are laptops powered by NVIDIA 3000-series GPUs for any budget. There’s a low cost to get in, but the sky is the limit for those who want a beast of a PC on the go. We’ll break down three devices below representing the entry, mid-tier, and high-end of the latest NVIDIA-equipped models. 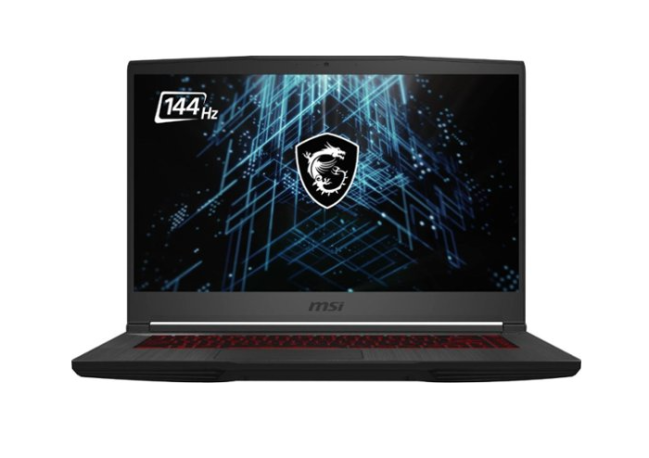 The MSI GF65 Laptop may be a thin gaming laptop, but it packs plenty of power, helping gamers experience the full potential with its speed and display capabilities. With its NVIDIA GeForce RTX 3060 graphics card, the MSI GF65 runs AAA titles smoothly at high speeds and renders detailed visuals on a 15.6-inch display, bringing an immersive adventure.

Despite being a thin gaming laptop, the MSI GF65 still provides ideal storage space, providing 512GB SSD and swift boots. All heat is minimized with six heat pipes for both the CPU and GPU, which work together to maximize airflow for a gaming performance that’s smooth and seamless — especially given the compact chassis of the laptop.

With premium sound quality and Hi-Resolution Audio, the MSI GF65 Laptop brings audio like it was intended to be used while gaming. 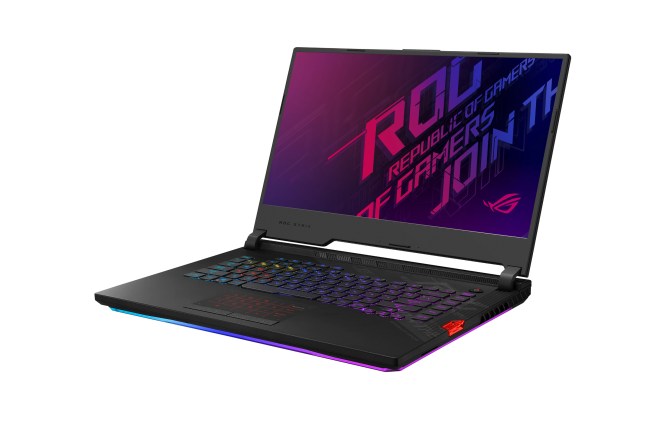 NVIDIA’s RTX 30-series has impressed desktop enthusiasts, and a laptop variant of the RTX 3070 powers the ASUS ROG Strix Scar 15. This model gives gaming-enthusiasts the high refresh rate screen with Adaptive Sync to prevent tearing, and content creators will be excited about the 100% DCI-P3 color depth it provides. Additionally, the AMD Ryzen 7 5800H CPU is powerful enough to take on all but the most intensive computing tasks and plays modern games with ease.

The Asus ROG Strix Scar 15 really excels when it comes to cooling. The laptop uses Thermal Grizzly Liquid Metal Thermal Compound, which allows for better heat transfer than regular thermal paste. It also features four fan outlets for superior heat exhaust. However, the price of better cooling is that this laptop is taller than some of the competition. This makes it less portable, which may concern those who plan to move their computer around a lot. 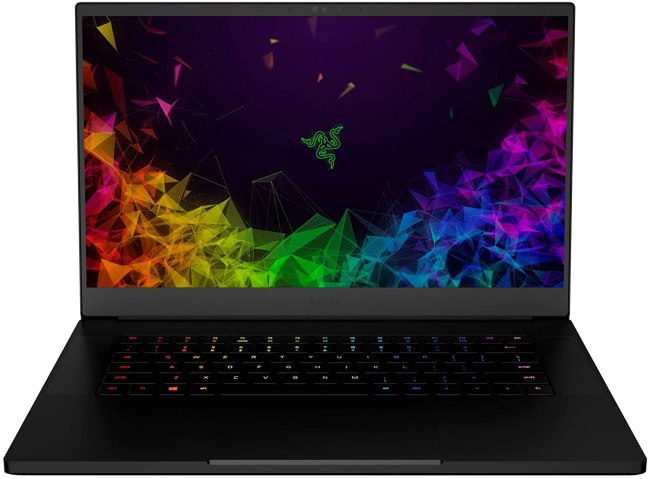 The Razer Blade 15 Advanced Edition is one of the most powerful laptops on the market right now. The powerful processor and RTX 3080 GPU coupled with the large amount of RAM make this laptop a candidate for a desktop replacement for both gamers and content creators. The big compromise with this model is the display. The RTX 3080 has the performance to drive a 4K screen, but gaming enthusiasts might want to trade resolution for framerate. In that case, a 1440p model of the Razer Blade 15 Advanced Edition might be a better buy.

This laptop is more than just the sum of its specs, though. The design is one of the most impressive things about the device. It manages to fit all its impressive hardware into a package comparable in size to an ultrabook. While it’s a more expensive option compared to the competition, the solid construction and portability make the Razer Blade 15 Advanced Edition an excellent choice for those who want to take a high-end desktop-class PC with them wherever they go.