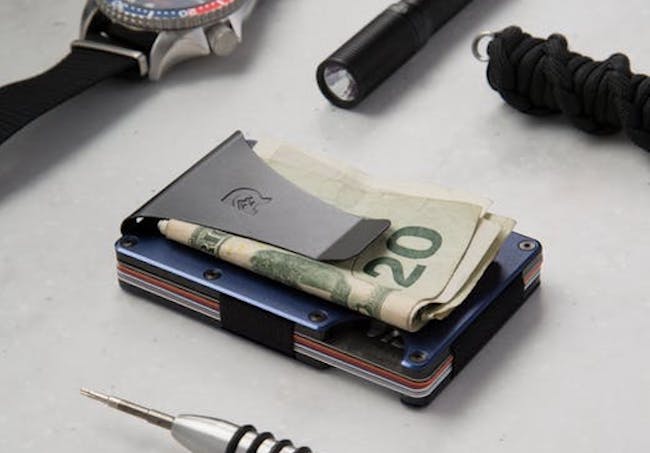 Navy SEALs carry out missions that would make the common man cry. Those guys deserve our admiration, respect, and nothing but the best when it comes to equipment. Speaking of “nothing but the best”, check out this awesome Ridge Wallet inspired by the tireless work of the men and women in the SEALs.

This Ridge Wallet lands right in the sweet spot between a bulky traditional bi-fold wallet and a limited minimalist wallet. It’s made from tough-as-nails aluminum, comes in an exclusive Navy Blue color, holds 1-12 cards and blocks RFID-skimming devices to keep your money and identity safe from scumbags.

Best of all, 10% of the proceeds from purchase go to the Navy SEAL Foundation, one of the nation’s most respected armed forces nonprofits.

You’ll never be a SEAL but you can help them out while grabbing a top quality EDC wallet.