The 10 Best Drones Under $100 Available Right Now On Amazon

#Affiliate Partner
BroBible may earn a commission if you buy a product or service via links in this article.
by Neil BulsonJanuary 4, 2019
Facebook Twitter Reddit Flipboard 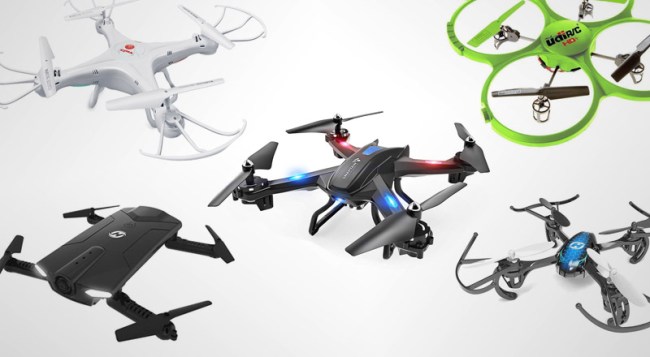 Drones are a killer (no pun intended) toy for both kids and adults, especially when you get one for under $100. Sure, they might not be state-of-the-art military grade drones that you need a full-on pilot’s license to own, but if you’re just looking to have a little fun and get some good aerial video, they get the job done. So, read on through and pick out one of these ten best drones available now for under $100. 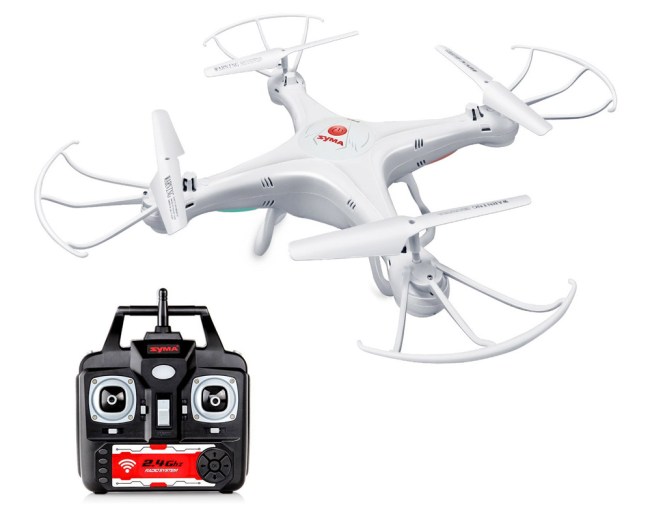 Bad news first: it doesn’t come with a camera. The good news? It’s cheap, and since it doesn’t come with that camera, you get a little more drone bang for your buck. The 6-axis helicopter style means you don’t have to worry about the direction of your drone, which makes it great for beginners, and it comes with a bonus battery, which means you get to keep it the air for longer than similar drones. Attach a camera if that’s your deal, but this is just a great little drone to have some fun with.
—
Buy Here 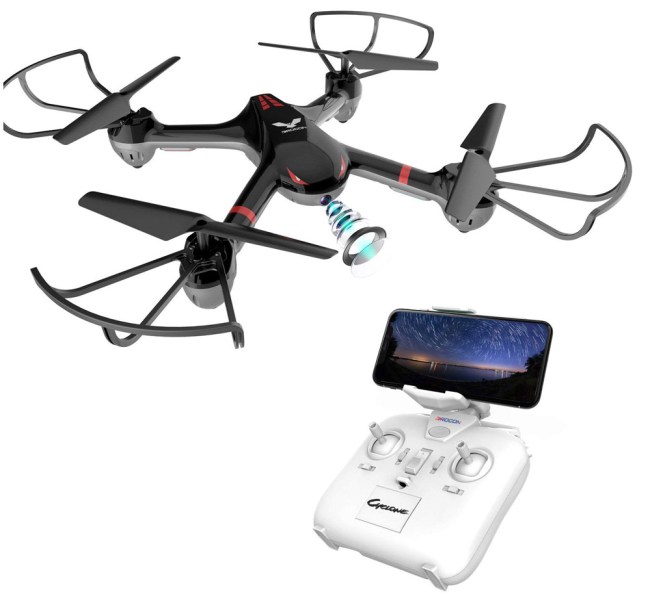 Another basic, easy-to-fly drone, as you can tell from the name, it’s designed specifically for beginners to train on before graduating to bigger, more complicated drones. The cool thing about this “basic” training drone, though, is that it also has a camera which sends real-time video right to your device so you can see exactly what it is your drone is looking at.
—
Buy Here 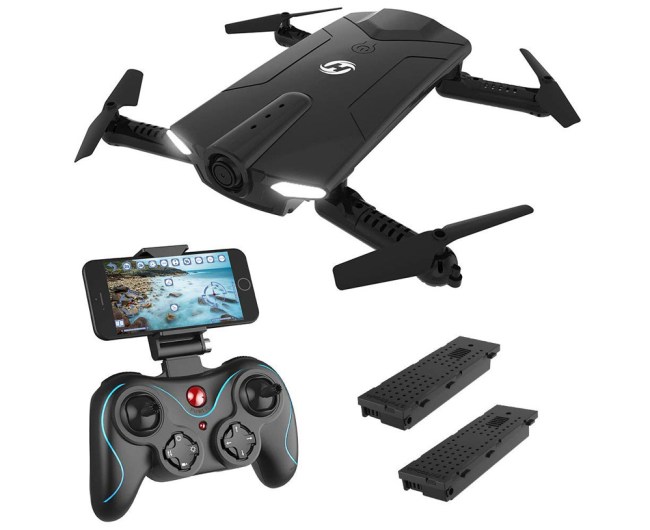 Holy Stone makes great drones, so the brand name alone should give you a little extra comfort. The Shadow has a unique, foldable look, which makes it easy to carry around with you and gives it a sleek, almost stealth-bomber look as it flies. It also has an HD cam and an extra battery for longer flight times.
—
Buy Here 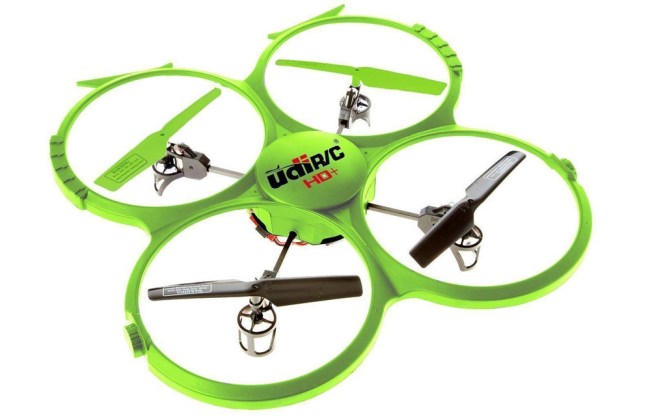 An HD camera and extra battery give you video and extra air time, but the cool thing about the Force1 drone is that it’s designed to do tricks like flips, something that a lot of bulkier drones simply can’t do. It’s also fitted with LED lights so you can have fun with it at night without, you know, losing it.
—
Buy Here 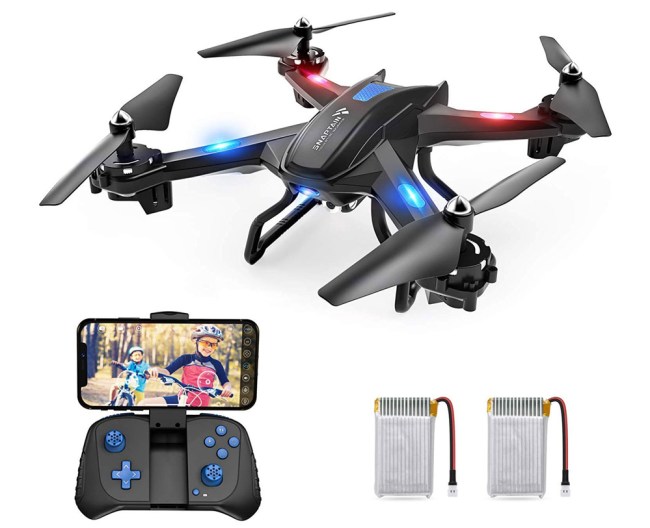 The best thing about this drone – other than the HD video, LED lights, etc. – is that it has multiple built-in sensors which keep the drone steady and at the proper altitude for you so you don’t have to worry about crashing and wrecking the thing your first time out. And with 80 meters of live video range, you don’t have to be running under it the whole time either.
—
Buy Here 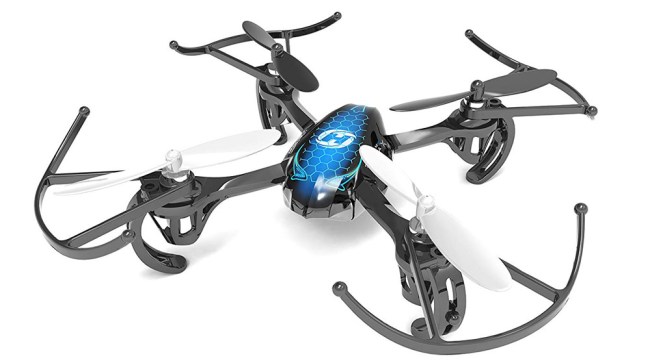 This is listed as “Amazon’s Choice” in drones, so… yeah, you know this is a good bet. It’s also one of the higher rated drones and most popular drones on Amazon, with almost 5,000 reviews to back it up. At this point, there’s little I can say that is better than that. It speaks for itself. What I will say is that it’s a fun, easy to use, fairly basic camera-less drone… and it’s priced right. You also get a drone with multiple speeds, capable of doing tricks, and handling like a dream for beginners or anyone looking to have a little fun or run obstacle courses with their drone.
—
Buy Here 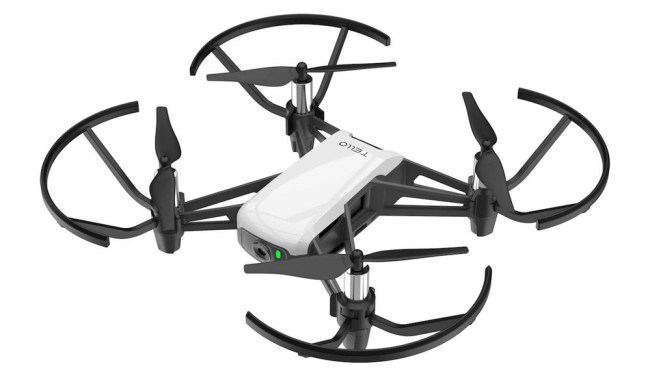 With a flight range of 100 meters, it’s one of the best range-per-price drones out there. It also shoots HD video and still photos if you want that, but the real kicker? It has virtual reality headset compatibility, which adds a whole new dimension – literally – to your drone fun.
—
Buy Here 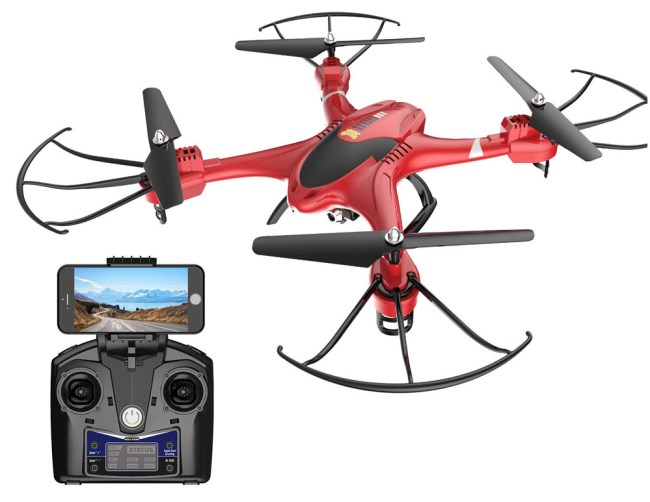 This is Holy Stone’s best lower-priced drone available. HD camera, tricks… this drone has all the essentials. Its coolest feature is probably its “altitude hold” feature, which allows you to hold the drone completely steady in air, allowing you take perfect video of whatever it is that you’re shooting without having to worry about it wobbling out of focus on you.
—
Buy Here 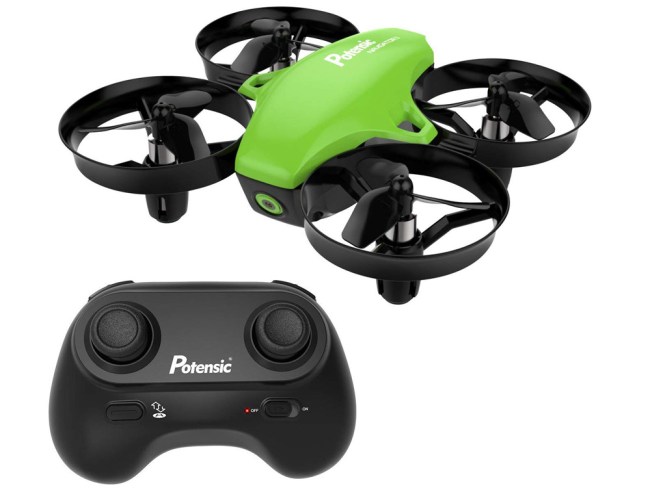 This thing is TINY. That makes it a really cool toy for even the littlest kids to play with, and makes it capable of getting into the tight spaces that bigger drones just can’t get to. The best part? Its price makes it one of the most affordable quality drones out there. Add your own mini-camera to it, and you’ve got a drone capable of handling the tightest film jobs.
—
Buy Here 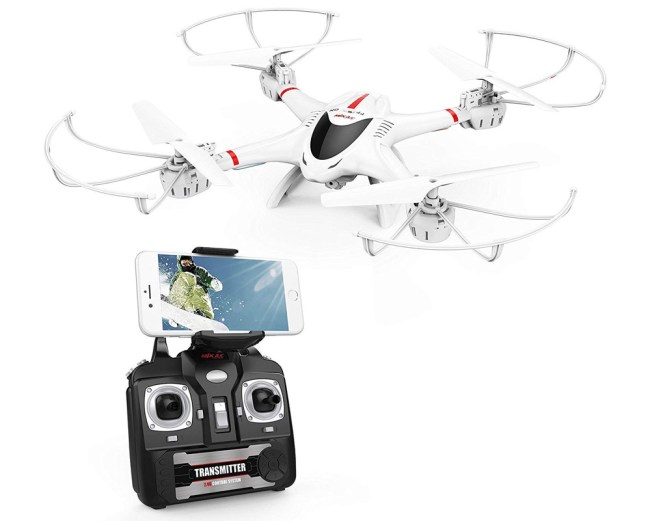 This drone has everything you could ask for, including HD video and a range of 100 meters. The really cool thing about this drone, though, the thing that really sets it apart, is that it gives you video on a 3D split screen display, and is compatible with VR headsets. See the world in a way no one has before with this bad boy.
—
Buy Here