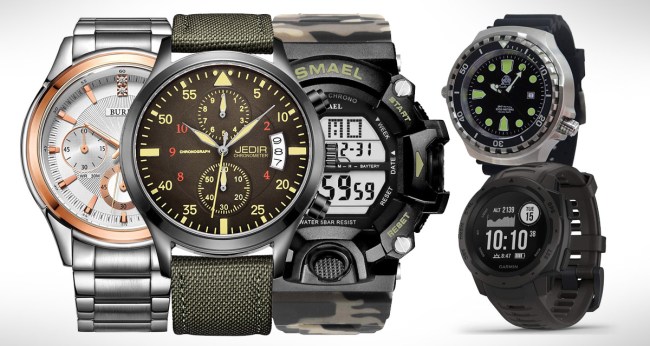 A good military watch is a godsend for anyone who enjoys time in the great outdoors. But, more than that, military watches just look badass. It’s a man’s watch, which means that every self-respecting man should own one.

Of course, there are a lot of options in the military watch game, and you have to decide which one is right for you. So, as always, I’ve picked out the best watches I can find, gathered them here, and now all you have to do is read through, pick out which one works best for you, click on through and let the wonders of modern technology take care of the rest. Here are the 17 best military watches for every budget and every need. 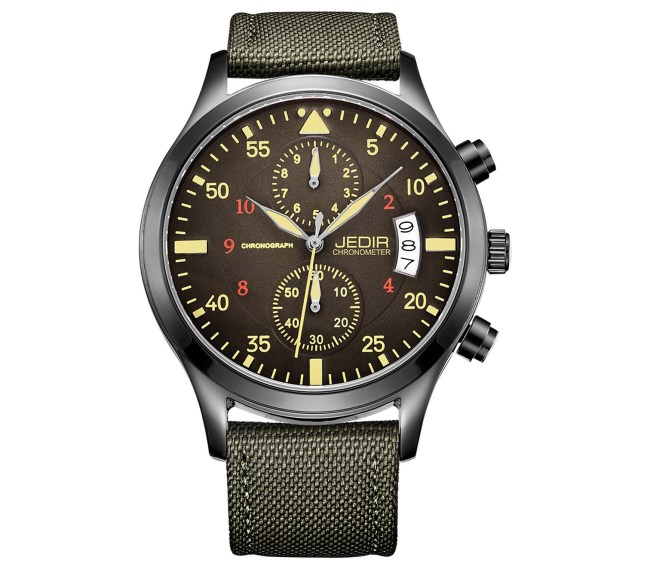 It looks good, with all the chronograph features you know and love, but the real draw here is that it’s a solid watch for a reasonable price. This is the military style watch for people who want something that looks good but isn’t gonna cause a wave of resentment every time they look at it. It’s scratch-resistant, and water-resistant to 30m, so it’s also built to last.
—
Buy Here 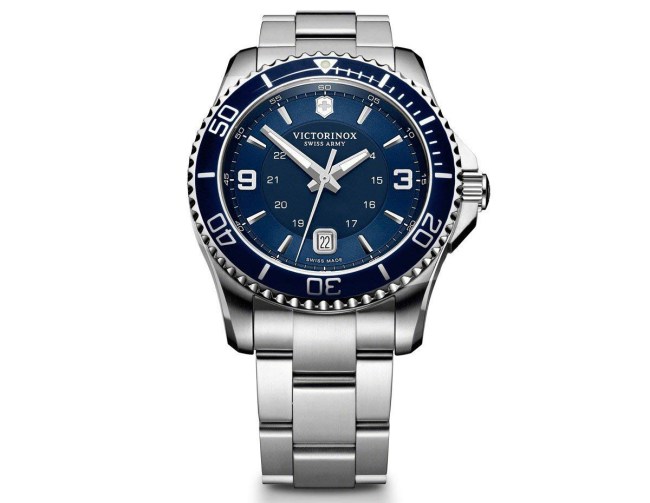 Hypoallergenic stainless steel means you can wear this around the clock without worrying about irritating your skin. Of course, that’s just a small feature for a watch that gives you that Victorinox Swiss quality, with scratch-resistant triple-coated sapphire crystal finish and water-resistance to 100m.
—
Buy Here 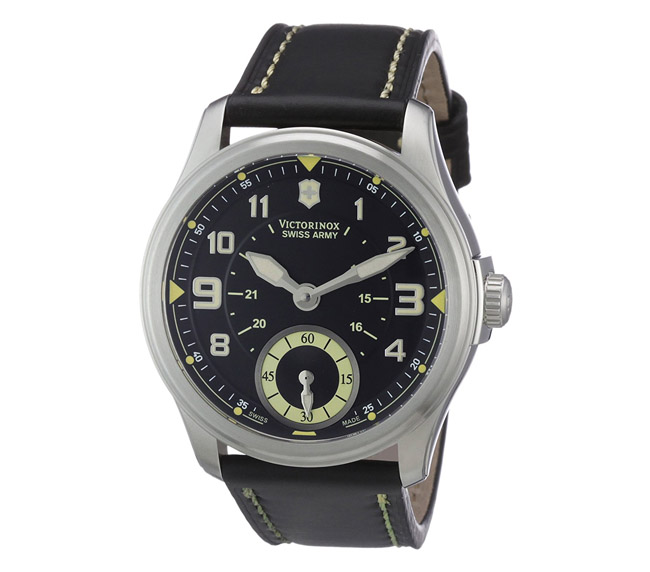 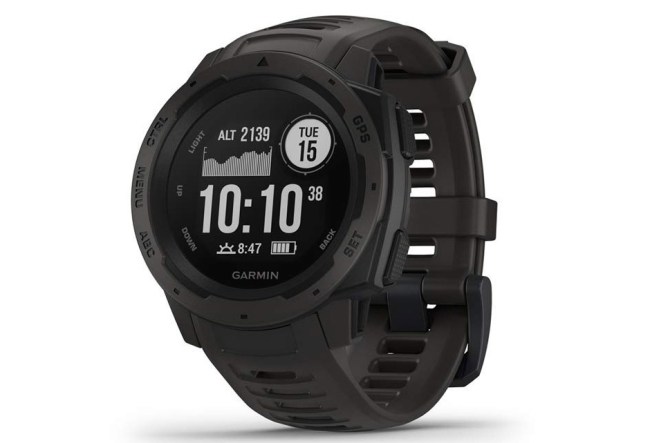 Something a little different, this isn’t so much a military “style” watch as it is a watch that gives you all the functionality you’d want in a military watch – and more. That’s because it’s essentially a “smart” military watch. I mean, it’s literally constructed to US military standards for things like shock resistance, water resistance and heat resistance. Add GPS location, heart rate monitoring and everything else you’d want in a smart-watch, and you’re more than good to go here.
—
Buy Here 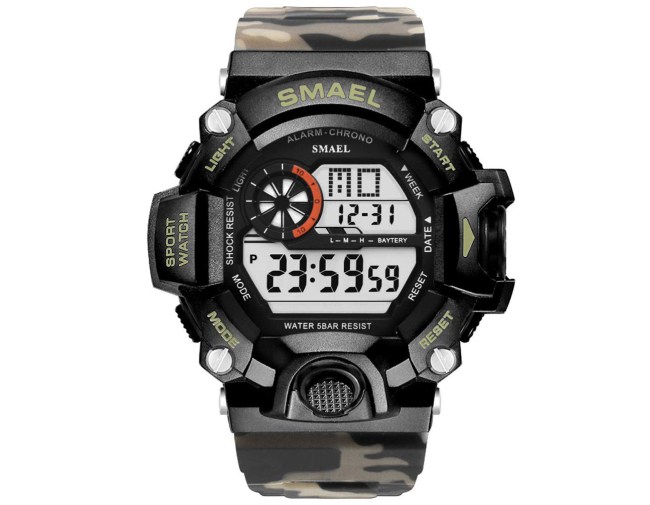 The “best of the best” is great and all, but that also means you’re probably spending “best of the best” prices. For those of you who want something a little (or a lot) less expensive, but that still gets you 90% of the way to, say, a top of the line G-Shock, this offering from Smael is your best bet. It’s ridiculously inexpensive, but it still has most of the features – and the look – you’d find in a G-Shock. In the end, it all comes down to what you’re comfortable with, and what you’re willing to spend.
—
Buy Here 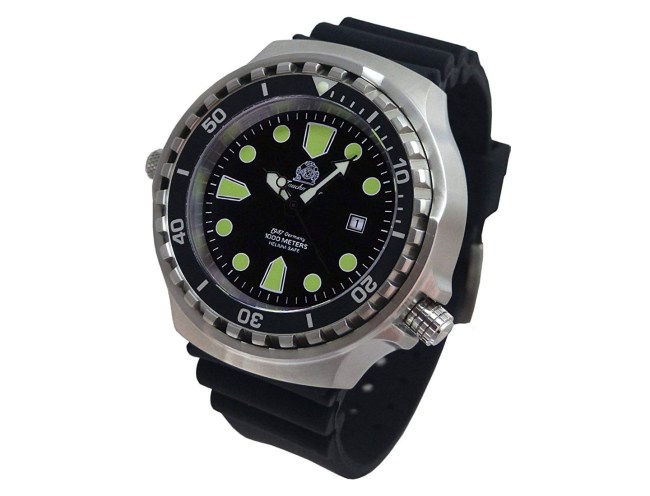 This German military watch has a kickass illumination feature – in dummy terms, that means it lights up – which is handy because it’s also water-resistant to a ridiculous 1,000m, meaning you’ll still be able to read it even in the murkiest depths. And, of course, it has that German quality because if you can trust the Germans in anything, it’s precision craftsmanship. That may be all you can trust them for, but still, that just makes it all the more impressive, right? Right???
—
Buy Here 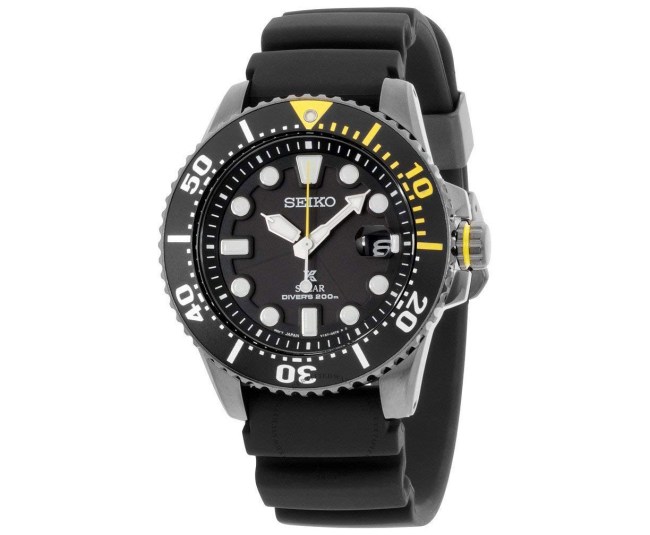 A killer black dial gives this a unique and badass look, all of which is backed up by Seiko quality, including water-resistance to 200m. Oh, and it’s also solar-powered with Japanese quartz movement, all of which adds up to give you a watch that should last a lifetime.
—
Buy Here 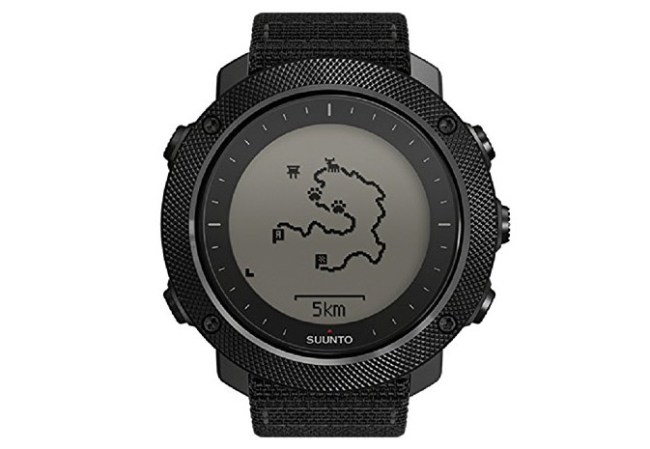 Similar to the Garmin in that it isn’t a “traditional” styled military watch, this Finnish watch is made to military precision and gives you all the outdoor GPS features you could ever want, including a very handy “mapping” feature. Yes, this watch will literally draw you a map of where you are. Great for hunting, fishing, or any outdoor activity, this watch will be your best friend when you need one the most.
—
Buy Here 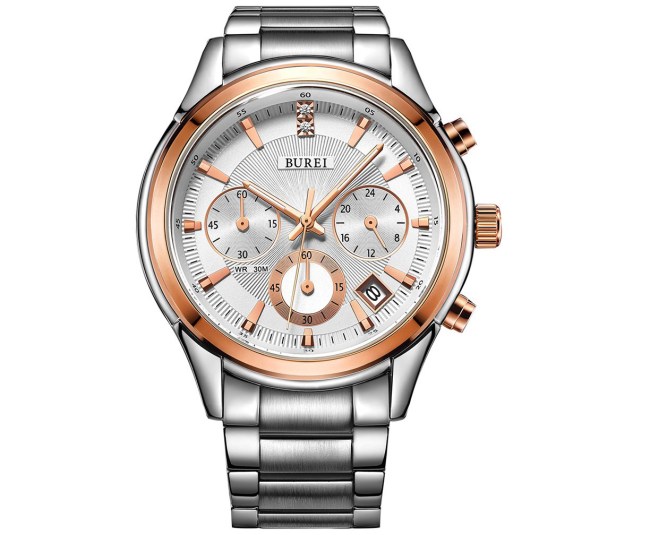 What sets this watch apart is that it gives you military style and functionality, but glosses it all up, giving you a watch that you can wear in the woods or the boardroom. Elegant, understated… this is a true man’s watch, recognizing that we’re both hunter and refined gentleman all in one handsome package.
—
Buy Here 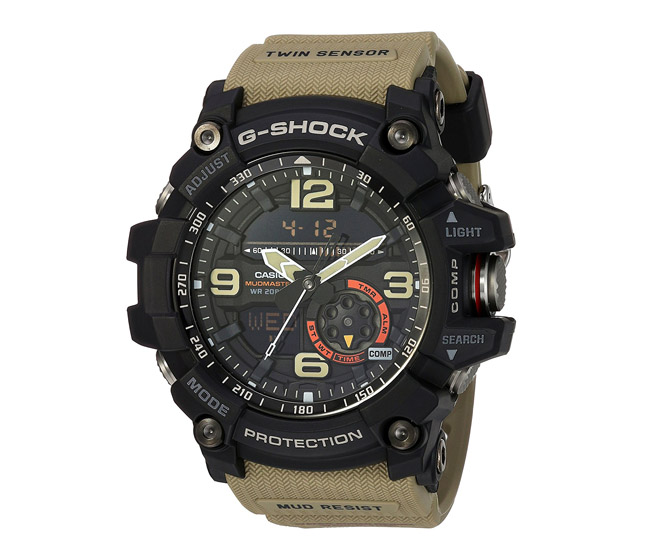 This one is a more expensive – and higher quality – member of the G-SHOCK series, which itself is synonymous with quality military watches. It’s imported, loaded with an absolute ton of functions – too many to list here – and it’s built to be resistant to virtually anything the world can throw at it. This is a true military watch, meant for bros who need to get messy.
—
Buy Here 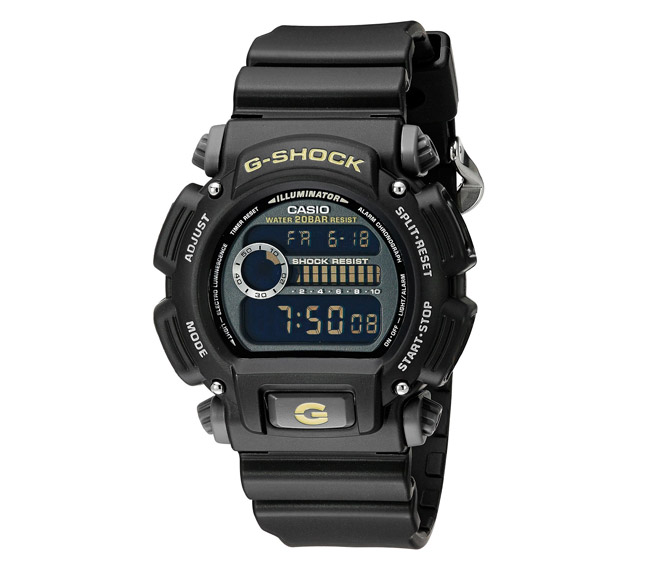 Another in the G-SHOCK series, this watch offers you that G-SHOCK quality, but it does so with a digital display. That’s really what it comes down to here. You can’t go wrong with a G-SHOCK, but if you want a digital display, then this is for you.
—
Buy Here 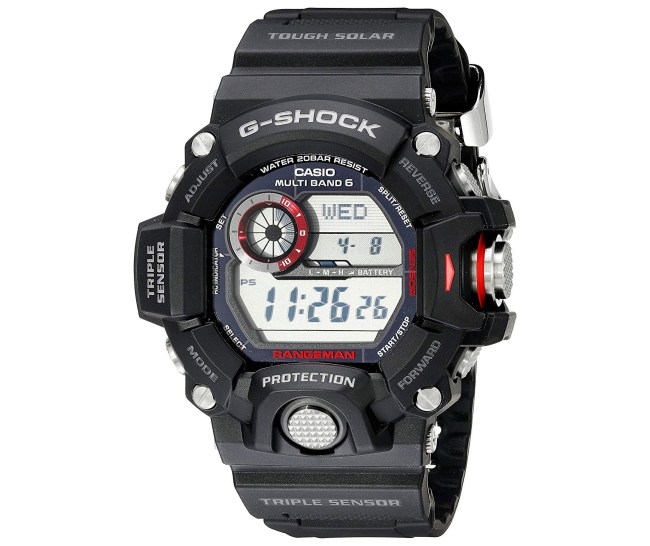 This is probably the best of the best in the G-Shock series, which makes it among the best of the best in military watches. Solar-powered, you’ll never have to worry about the battery dying on you, and it has tons of features, including a thermometer, barometer and just about anything you’ll ever need from your watch. Oh, and it’s also water-resistant to 200m.
—
Buy Here 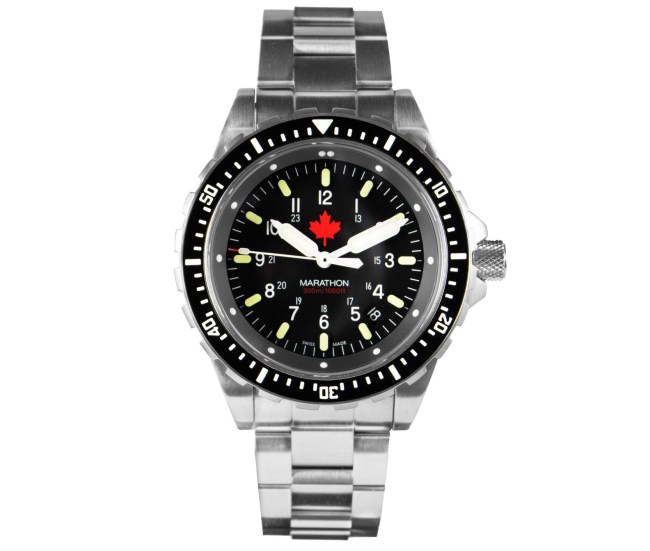 I’ll be clear with you right from the jump: this is a big-baller watch. Either you can afford it, or you can’t. If you can, you have to have it, that’s because it’s a killer Swiss watch, built to military-spec for military personnel. That means, uh, well, that means that it pretty much has to be a badass watch. I mean, lives depend on the watch’s quality. Even more specifically, it’s designed for search and rescue missions at sea. So… yeah, if you want the best of the best, you need this watch.
—
Buy Here 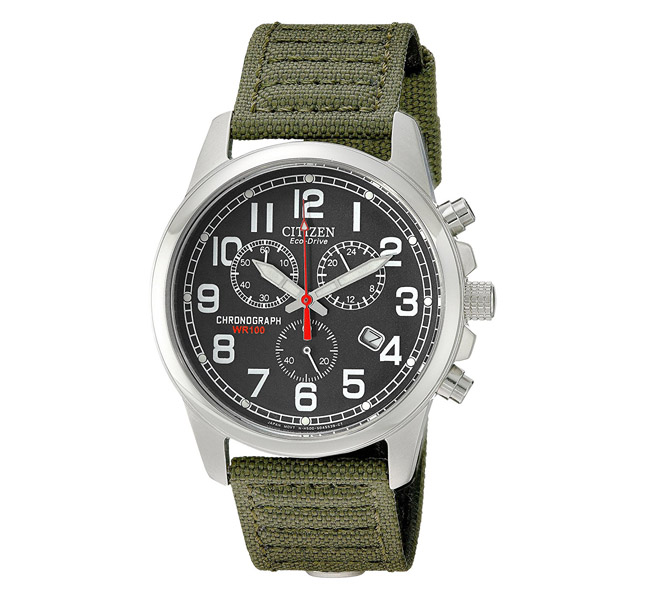 This stainless-steel watch combines a classic look with the chronographic capabilities of a killer military watch. Oh, and it’s also solar powered, so you don’t have to worry about the battery crapping out on you. This is just a great watch that you can comfortably and confidently wear in any situation.
—
Buy Here 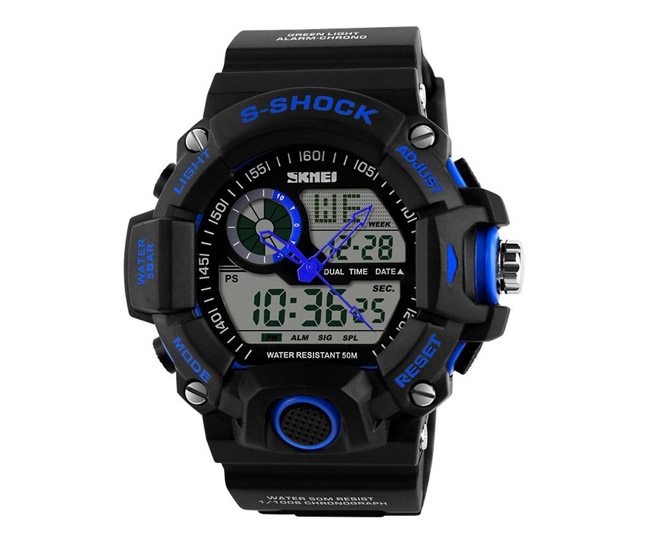 Of course, a lot of people don’t want to spend hundreds of dollars on a watch. They just want a nice, cheap watch that works. And, well, you’re not gonna find a better watch for the price than this watch from Gosasa. It’s water-resistant to 50 meters and has all the functions of more expensive military watches, but really, it’s all about the price here. You just aren’t beating this.
—
Buy Here 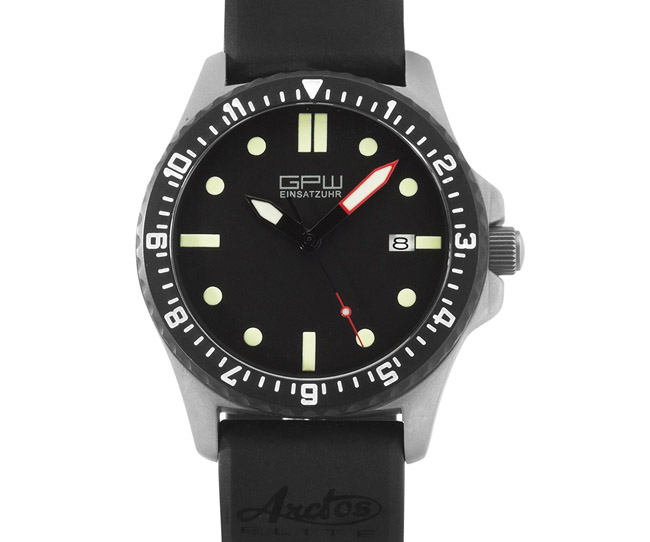 Made with sapphire crystal, this watch is almost impossible to damage, and it’s built based on the watches they make for German infantrymen and German KRK (crisis response) soldiers. So… yeah, this is a legit German military watch, which means it’s both a quality watch and cool as hell. This is a fashion piece, a functional watch, and a conversation starter all in one.
—
Buy Here 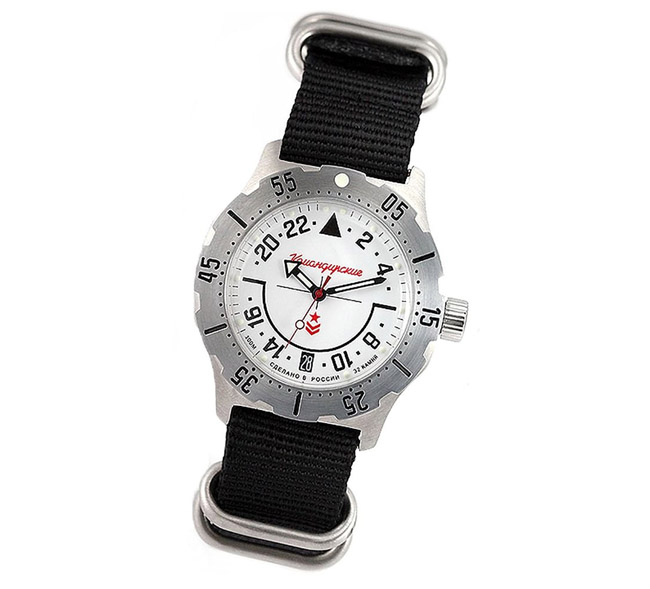 Man, this watch is just so badass. An imported Russian military watch, this is a must-have for any collector, or anyone who just really wants a very, very cool military watch. And perhaps the best part? Unlike similar watches, this one is ultra-affordable.
—
Buy Here
The BroBible team writes about gear that we think you want. Occasionally, we write about items that are a part of one of our affiliate partnerships and we will get a percentage of the revenue from sales.