Heading To The Ballpark? Vivid Seats Has The Best Seats For Baseball 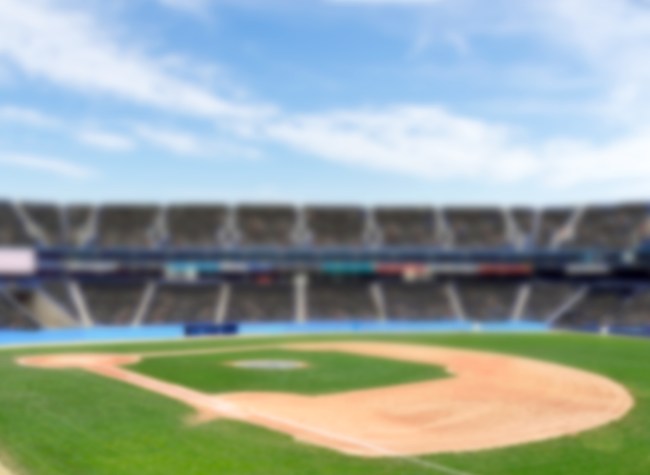 Attending a baseball game is one of life’s greatest pleasures. There’s nothing better than kicking back and relaxing at the park while you’re favorite team marches its way to victory.

Take in the smell of fresh-cut grass and the sounds of the baseball cracking against the bat. Feel the cold touch of a poured draft. Taste the fresh-off-the-grill hotdog. All of these actions are enough to make one romantic about the entire experience.

Then there are the views. The glorious views!

Before we dive into the best places to sit at the ballpark, we first need to know where to acquire tickets to our next baseball game.

Perhaps the most exciting aspect of catching a baseball game is the spur-of-the-moment decision to attend. You might notice it’s Friday and you want to catch a game that weekend.

Or the weather is perfect on a Wednesday, so you decide to play hooky from work and go.

Whatever the situation might be our go-to baseball ticket seller is Vivid Seats.

Vivid Seats has tons of great features for helping you find the best seats. The marketplace allows you to sort the tickets in a number of ways while always placing the best deals first. Vivid Seats will identify deals on seats by labeling “Great Deal” above a ticket listing.

What’s cool is Vivid Seats also provides a seat map of what your view will look like. So you can check the best views of your own stadium before buying!

The Best Seats for Watching A Baseball Game

Generally speaking, there are no bad seats at a ballpark. However, there are seats that will make your experience significantly better thanks to the unique viewpoints.

Below we’ve provided the best seating locations to watch a baseball game. Each seat has its own pros and cons. Some seats cost more than others. Other seats naturally have more rambunctious crowds.

It’s not rocket science that the most expensive tickets in the park are the best. Behind home plate often comes with tons of perks like all-inclusive food and beverage service, plus comfortable seats. You also have a high chance of being on TV!

That all being said, you’re paying a lot to secure that seat. So make sure it’s a game you’re going to be invested in. If money’s not an issue, then you can’t go wrong with sitting behind home plate every time you visit the park.

Some baseball stadiums might have other names than “Loge” but we’re referring to loge seats as the front section of the lowest balcony. Others might call this the second row or second deck.

What’s special about loge seats is they’re typically placed in front of suite boxes. They’re just high enough off the ground so you have a full view of the field ahead, but you’re still close enough to where you can see the players easily.

Contrary to popular belief, you don’t have to have suite tickets to sit in loge seating. Expect to spend a little on the higher end (not as high as behind home plate) since there are not a ton of them in a stadium. This is a great underrated viewpoint many fans might not know about.

Outfield seats are ideal for keeping the game affordable without having to get into the nosebleeds. What’s cool is the outfield is almost like a different world when compared to all the other seats.

If you go to enough ballgames, you will be able to notice the difference between the crowd that sits closest to the field versus the outfield. Expect rambunctious groups of friends who all got together to heckle the opposing team and wait for a home run ball to land in their hands.

Another cool point about sitting in the outfield is stadiums oftentimes have iconic viewing areas that are special to their own park. For example, the bleacher seats in Yankee Stadium, on top of the Green Monster in Fenway, and the hardcore A’s fan section on the right-field wall in Oakland.

You’ll pay on the lower end in price for outfield seats. They’re a great buy if you’re on a budget or if you expect you’ll be buying several of those $15 beers throughout the game.

You can’t go wrong sitting behind the dugout, but, ideally, the best dugout to sit behind is the home team’s. This is where the loyal season ticket holders sit and where you’re most likely to get tossed a baseball after each inning.

You also get to see everyone on the team empty out of the dugout and celebrate after a player hits a home run or a big play is made.

Vivid Seats Will Find You the Best Baseball Deals Possible

Vivid Seats is the leading independent ticket marketplace in North America thanks to its platform’s ease of use and its ability to keep fees low.

The company practices transparency in letting buyers know they won’t be hit with any insane hidden fees. Vivid Seats states its fees cover costs of basic operations in the buying and selling of tickets in a secure, safe manner. 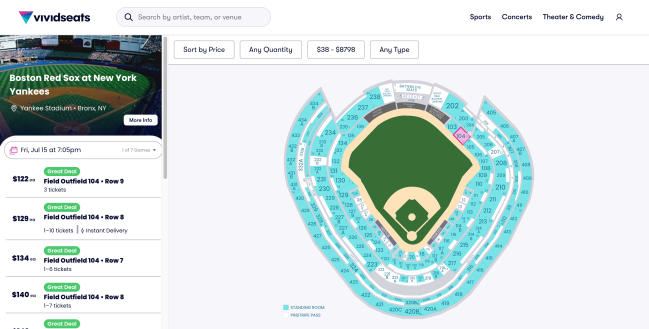 While you might initially expect other marketplaces to have better deals on seating because they have “zero fees,” the reality is they’re likely baking in costs in other ways.

Vivid Seats operates in a league of its own by being transparent in its fees and keeping them as low as possible.

So the next time you’re ready to hit up a baseball game, refer back to this seating guide and make sure to scout your seats on Vivid Seats!