#Affiliate Partner
BroBible may earn a commission if you buy a product or service via links in this article.
by Cass AndersonSeptember 7, 2021 9:07 pm 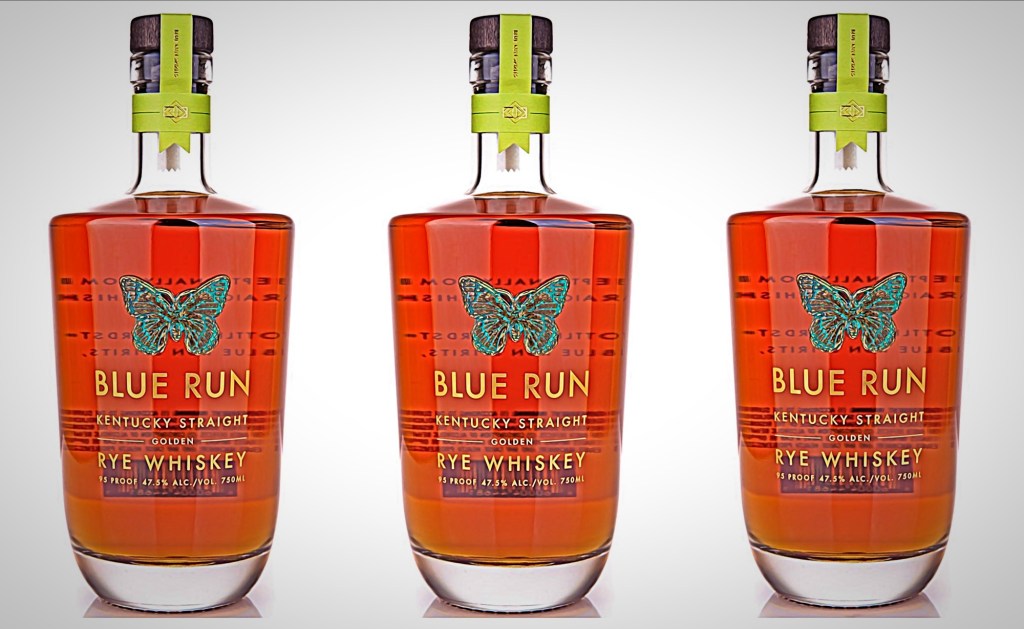 Thousands of bottles were snatched up (online) by whiskey insiders who were in the right place at the right time and they’ll be handsomely rewarded with one of the best Rye Whiskey releases of the year.

The hype is well-earned. Blue Run’s 14-Year Kentucky Straight Bourbon won Best in Class and a Double Gold at the 2021 SF World Spirits Competition and the Golden Rye Whiskey won a gold medal at the 2021 competition. Many of you know this, but for those that don’t, the San Francisco World Spirits Competition is the most prestigious whiskey competition in the world each year and winning gold there is as good as it gets.

Let’s talk about what’s in the bottle… 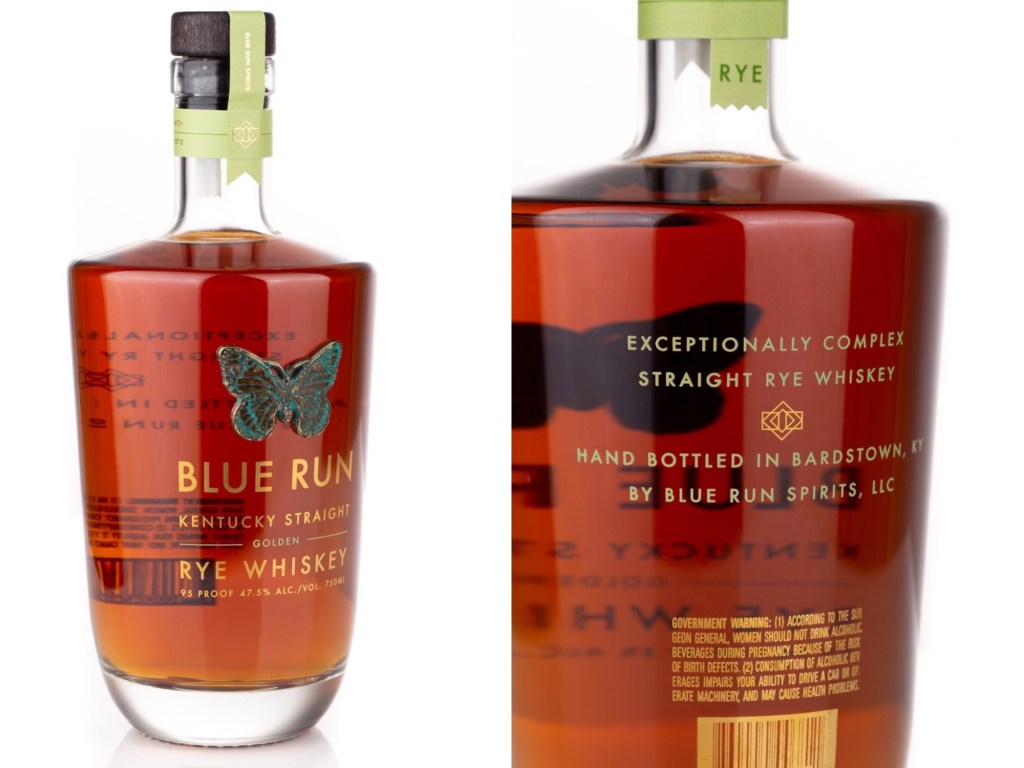 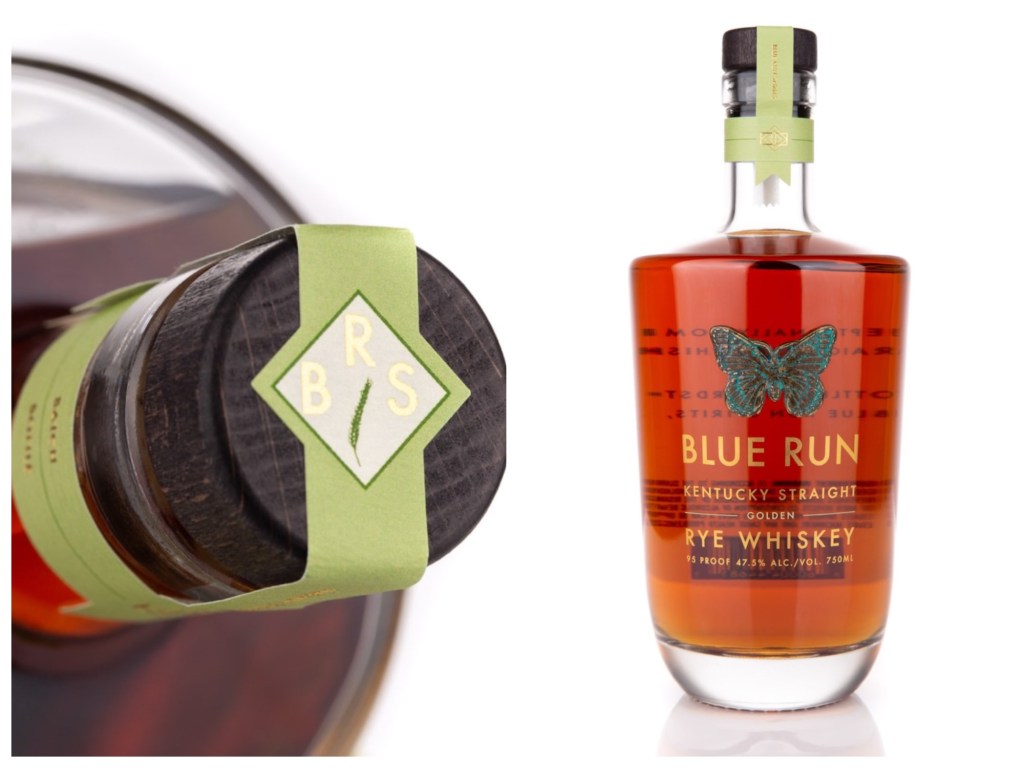 The Blue Run Kentucky Straight Golden Rye Whiskey has an SRP of $99.99. The initial 2,160 bottle release sold out online in 4 minutes but it is available in some stores and on the secondary market.

Modern whiskey legend Jim Rutledge is actively involved with Blue Run Spirits which helped, in part, for the young whiskey company to hit the ground running at full speed by attaching his name to the projects. However, the award-winning Golden Rye Whiskey was pulled from 91 carefully selected barrels that were all selected by the Blue Run Spirits team and not Jim even though he remains an active part of the team.

The bottle on the Golden Rye has some interesting characteristics compared to previous Blue Run releases. Their signature viceroy butterfly emblem appears in a unique oxidized version while a green neck strip with gold accents indicates the bottle number and the date that it was bottled. I was fortunate beyond my wildest dreams to get my hands on Bottle number 0010. 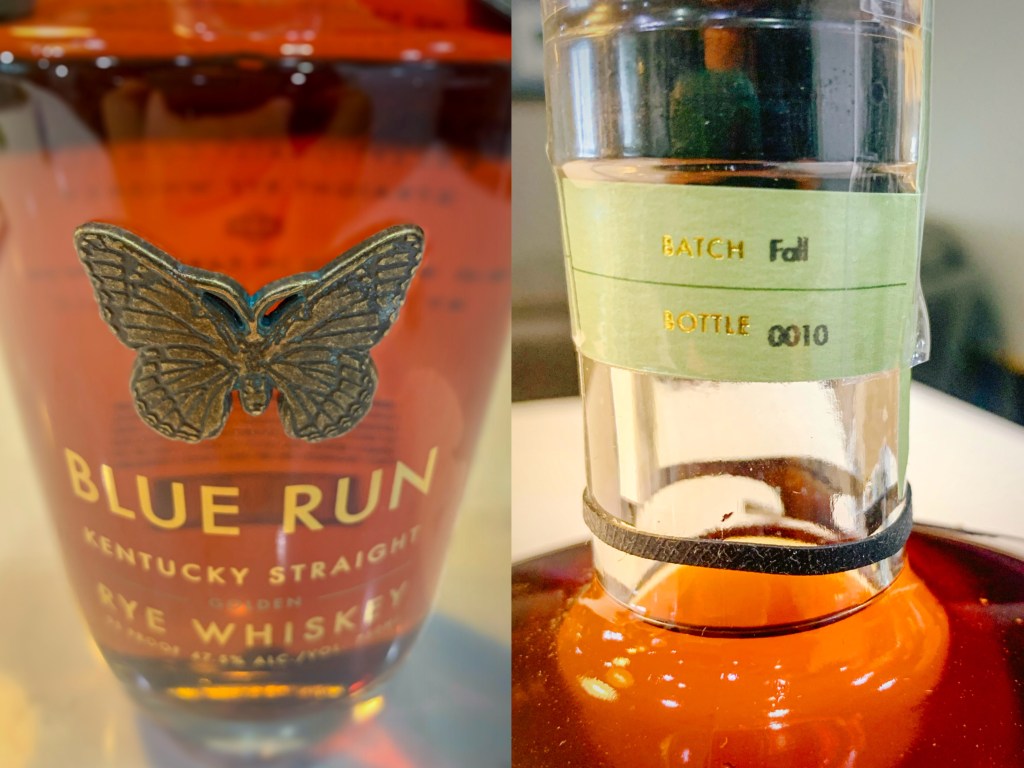 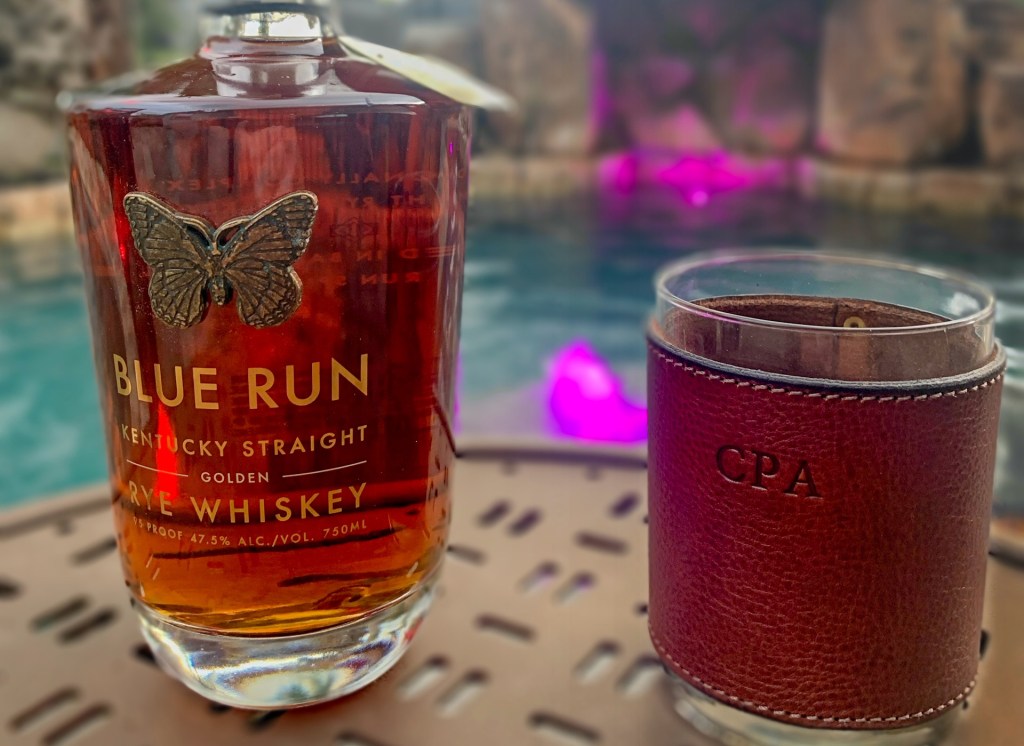 So you want to try the Blue Run Spirits Kentucky Straight Golden Rye Whiskey but it sold out before you read this article and ever heard about it? Well, you’ve got some options.

If you are looking for Golden Run Whiskey in stores, you’ll want to be in one of these states: Kentucky (RNDC); Georgia (Savannah); South Carolina and Tennessee (Advintage); Washington, D.C., Maryland and Delaware (Prestige-Ledroit); Illinois and Colorado (Breakthru); California and Florida (Park Street); and Canada (Evergreen).

(1) You can look for it in the wild. it’s a rare release but all of the great ones are and I’ve got faith in your ability to track it down. (2) You can check Drizly.com by hitting that ‘shop’ button below to search for it online at Drizly in your area if a retailer happens to have it in stock. (3) You can visit the BlueRunSpirits.com website and follow the instructions on this tweet which explain how you can sign up for notifications on future releases.

And for more whiskey suggestions you can check out our recent Whiskey and Bourbon coverage here on BroBible.