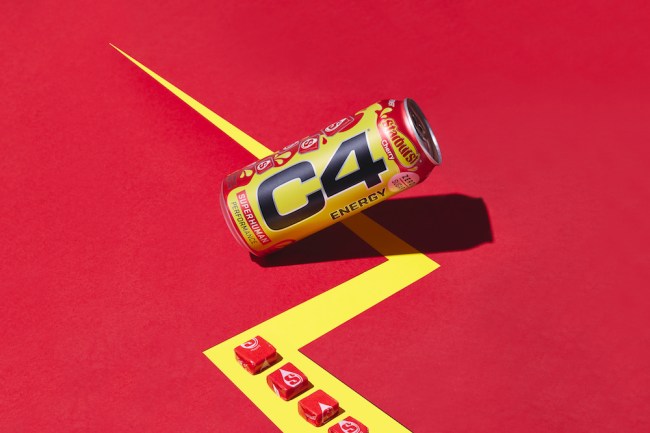 I don’t care who you are or what you do, everyone has an opinion about their favorite Starburst flavor.

If you’ve ever wished you could bottle that flavor up into a delicious candy-flavored beverage, C4 Energy, a subsidiary of the sports nutrition company Nutrabolt, have the ultimate collab for you. C4 Energy just dropped four new Starburst flavors, now available to buy in 16oz cans via Amazon.

Here’s the kicker: They’re sugar-free energy drinks too. The C4 Energy x Starburst collab features the candy’s signature four flavors, of which orange and strawberry (pink) are obviously and objectively the best. It’s also formulated with 200mg caffeine to fuel your day when you need it the most – at the gym, after lunch at the office, cleaning the garage, mowing the grass, etc.

The collab comes just in time for Halloween.

In a press release, John Herman, Chief Commercial Officer of Nutrabolt, said the collab is over two years in the making.

“Both teams worked together to deliver the closest possible candy flavor experience via our zero-sugar performance energy drinks that will ignite one’s taste buds and exceed flavor expectations. The innovative flavor collaboration created with Mars Wrigley was inspired by our unwavering commitment to serve our loyal fans and help them maximize their performance while also having fun in the process.”

You can now buy C4 Energy x STARBURST in 16oz cans via Amazon.  drinks are available no on C4’s website, Amazon and select retailers. 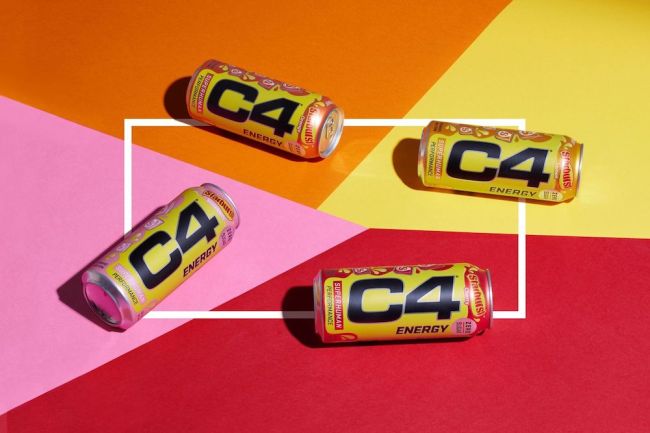 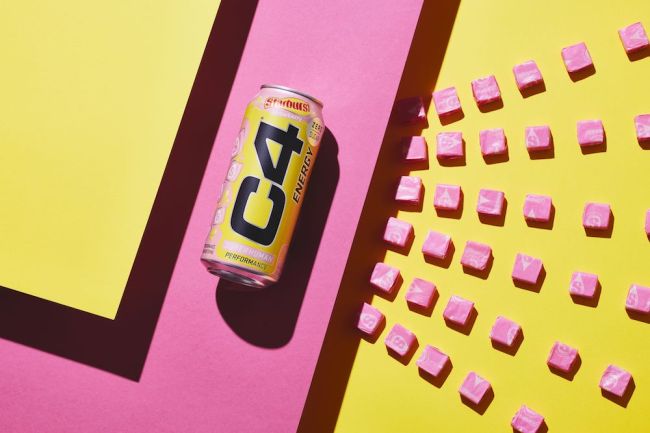