Pink Rubber Gloves From Calvin Klein Are Selling For $390 And They’re Totally Worth It, Totally 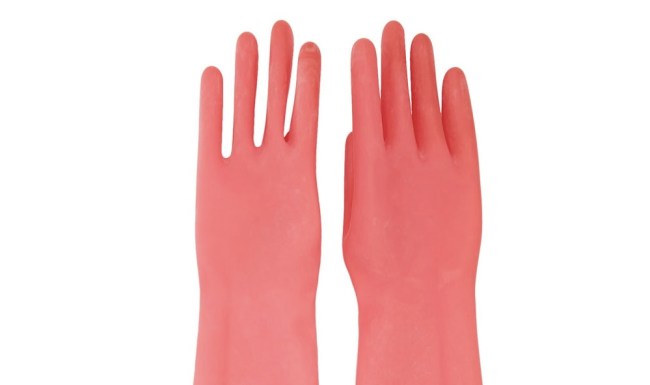 In today’s edition of ‘rich people have lost touch with reality’ we are taking a look at a product that’s so asinine I think I love it. When you’re rich and already own everything you’d ever need there comes a time when you have to start actively looking for bullshit to spend money on. If you’re one of those rich people and you’ve reached your bullshit shopping quest then I’ve got the product for you: pink rubber gloves from Calvin Klein meant to look like kitchen gloves.

These pink rubber gloves from Calvin Klein are being sold on Ssense for a cool $390. The pink color is meant to mimic the pink of Pepto Bismol, and the gloves themselves are meant to look exactly like your typical pair of rubber kitchen gloves. 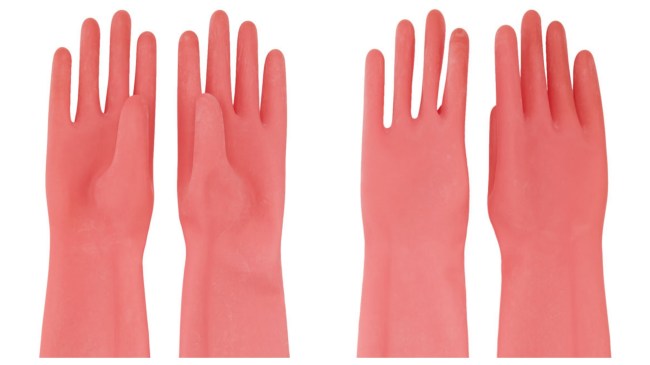 Just look at those goddamn beauties. I mean, have you ever in your life seen such a magnificent pair of rubber gloves? When I look at these I just want to pull out a hundred dollar bill and set it on fire they’re so dang beautiful.

The gloves are made from a 100% synthetic rubber and they are made right here in the USA. There is Calvin Klein logo and text printed on the cuff of those ‘rose’ pink gloves which I’m sure is enough to justify spending $390 on a pair of gloves you could easily buy at Costco for $2.

While they’re meant to appear as if they’re rubber kitchen gloves they aren’t actually meant to be worn in the kitchen. Instead, these are some sort of high-fashion accessory that was debuted on the catwalk according to Highsnobiety.