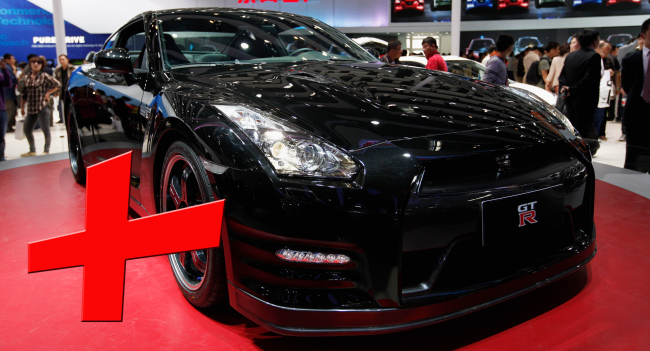 Sharon Atkins’ one-year-old daughter Ava had contracted bronchiolitis and was struggling to breathe. Unfortunately, the health center where she took her daughter, located in a remote part of Australia, did not have a full-time doctor who could administer the treatment Ava needed.

Fortunately, Dr. Michael Livingston, who oversees GP clinics in two southern Australian towns, responded to the emergency call… in his Nissan GT-R – a car capable of going from 0 to 60 MPH in just 2.7 seconds.

Livingston recalled what he was thinking at the time to ABC News, saying, “As I’m driving there I’m thinking, ‘Will I just arrive at the end … as in, [will the child be] dead?”

Thankfully, Dr. Livingston arrived on time, thanks to his Nissan GT-R, which has a top speed of over 200 MPH, treated and stabilized Ava, and about 30 minutes later she was flown by the Royal Flying Doctors Service (RFDS) to Perth Children’s Hospital.

“If we didn’t have Michael, I probably wouldn’t have my daughter today,” said Ava’s mom Sharon.

#Regional GP fights to fit car with lights and sirens to attend emergencies reports @timwongsee
WA Dr Michael Livingston says "#Rural health is in a mess and has always been handballed from government to government."https://t.co/8kYWycUVai via @ABCaustralia

Livingston’s Nissan GT-R isn’t officially classified as an emergency vehicle or an ambulance, not that he hasn’t tried to gain that certification.

“I had to put myself at risk, drive at speed,” said Livingston.

“Why can’t I be afforded the same protection as any other emergency service? Why am I forced into emotionally loaded situations and expected to lay it all on the line?”

The doctor did apply for an Emergency Vehicle Status (EVS) from the Department of Transport which would exempt him and his Nissan GT-R from complying with specified road rules and must include proper driver training in operational conditions. It would also allow him to legally outfit the supercar with lights and sirens for emergency situations.

After completing the driver training, Dr. Livingston was turned down.

He was told in a letter from the Department of Transport that they would not approve his application for several reasons including their claim that “male drivers are more likely to be involved in high-speed driving and have high-risk taking behavior.”

The government officials also expressed concern over the Nissan GT-R’s “low nose” which could send an animal into the windshield or cabin of the supercar.

“A dead or severely injured doctor is of no benefit to the current emergency, your community or any future patients,” the letter read.

Dr. Livingston says he wanted to use his supercar to highlight “the real disparity of rural care” and is still in negotiations with government.

“Rural health is in a mess and has always been handballed from government to government,” he said. “If somebody doesn’t try at least in these regions it’s just going to be a failure.”

Hey, if Dubai can do it, why can’t Dr. Livingston?