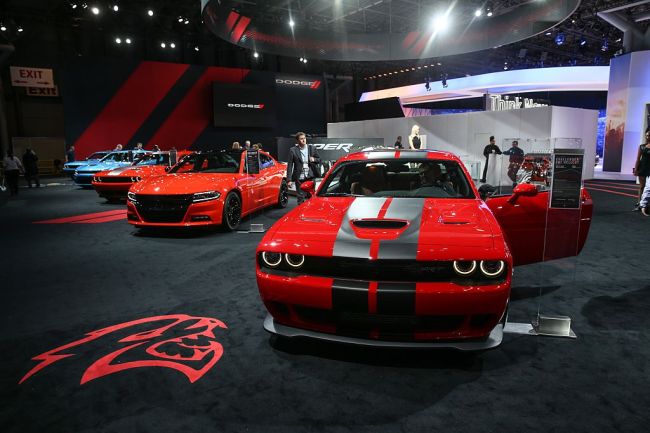 MotorTrend recently reported that Dodge would continue making gas versions of the Challenger and Charger with a Stellantis V8 rear-wheel-drive (RWD) platform, citing anonymous sources inside the auto manufacturer.

However, a Dodge spokesperson has since pooh-poohed the report that the company would continue to make gas-powered versions of the iconic Challenger and Charger muscle cars.

“The story is incorrect. The Hemi in that platform, as well as that platform, are going away. The next generation will be BEV [battery electric vehicle],” the spokesperson stated.

The Driven reported, “Apparently, the news brought death threats from the most dedicated Dodge enthusiasts, and MotorTrend, it would appear, attempted to douse the flame in a recent article claiming that a new generation of Charger and Challengers would live on with a Stellantis V8 RWD platform.”

The spokesperson noted that Dodge CEO Tim Kuniskis informed MotorAuthority at the 2021 Los Angeles Auto Show that the Hellcats – their current platforms and the powertrain “as we know it” – will no longer be manufactured after 2023.

Kuniskis told MotorTrend last year that Dodge will unveil “a very, very, very, significant (electric) car” at the end of 2022.

“A concept version of that muscle car, which is said to directly preview the production car, will debut on Aug. 17 ahead of the 2022 Woodward Dream Cruise,” MotorAuthority reported. “Dodge has dubbed that week ‘Speed Week,’ and the company will debut a plug-in hybrid, believed to be the 2023 Hornet crossover SUV, and one or more special edition Hellcats potentially using the Dodge Direct Connection performance parts program, to give the supercharged muscle car a fiery send-off.”

It doesn’t appear that Dodge will have a fully electric sports car along with a gas-powered muscle car. Dodge is rumored to launch an electric “muscle car” in 2024 – possibly the EV version of the Challenger and Charger.

Dodge doesn’t currently have a fully electric vehicle in its lineup as of yet. Dodge has confirmed that it will eventually roll out a Ram 1500 EV and Hornet PHEV crossover.

Ford dealt with the demand for electric vehicles by continuing to sell the gas-powered Mustang and expanding the brand by introducing the electric Mustang Mach-E SUV.

There were 6.6 million fully electric and hybrids sold in 2021 – doubling from the year prior, according to the annual Global Electric Vehicle Outlook.