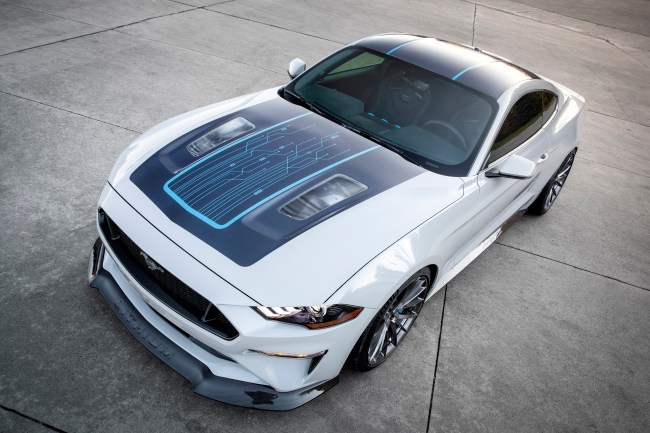 Ford Motor Company wants to show the world that they are very serious about electric vehicles and teased their Mustang Lithium.

The Ford Mustang Lithium was unveiled at the 2019 Specialty Equipment Market Association (SEMA) trade show in Las Vegas. The electric muscle car, which was developed by Ford and thermal management technologies Webasto, packs a punch with some extremely impressive power specs.

The high-performance electric vehicle is propelled by a Phi-Power dual-core electric motor and dual power inverters that create over 900 horsepower and 1,000 lb-ft of torque from a Webasto 800-volt battery system, most electric vehicles have 400 volts.

But it isn’t just the electric power source with crazy acceleration that should excite speed addicts, the Mustang Lithium will offer a manual unlike Shelby GT500 that only came equipped with a seven-speed, Tremec dual-clutch transmission. The electric Mustang offers a manual Getrag MT82 six-speed transmission that’s been fortified to withstand all the torque, according to Ford.

Before you get too excited, the Mustang Lithium is a prototype that was announced at SEMA 2019, so don’t expect to see the suped-up Stang in a dealership any time soon, if ever. But the EV technologies in the Mustang Lithium could show up in future electric cars and trucks from Ford.

“This one-off Mustang prototype is a great opportunity for us, together with Webasto, to showcase to our customers what a new electrified powertrain can do for performance in a car they already know and love,” Hau Thai-Tang, Ford’s chief product development and purchasing officer, said in a statement. 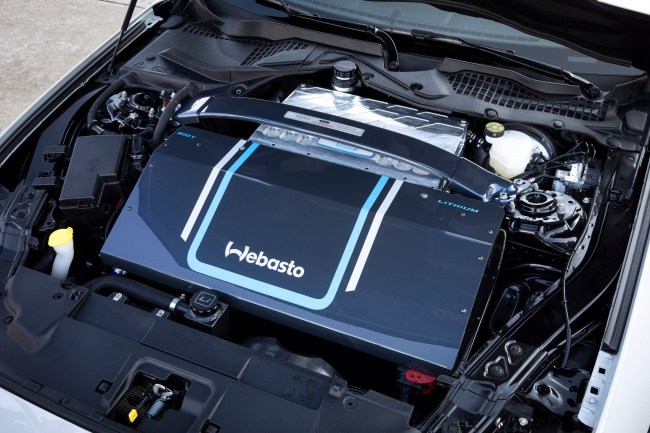 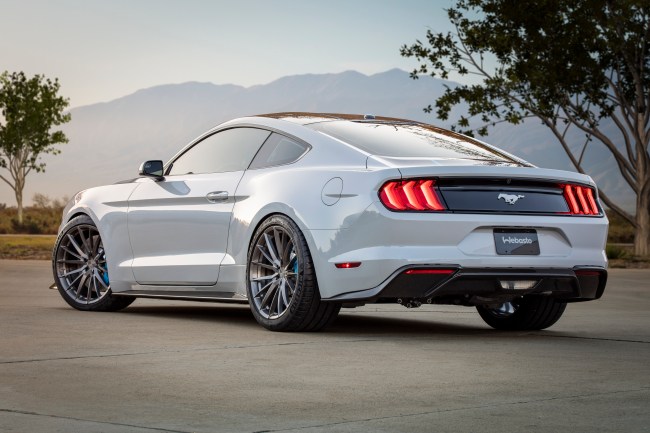 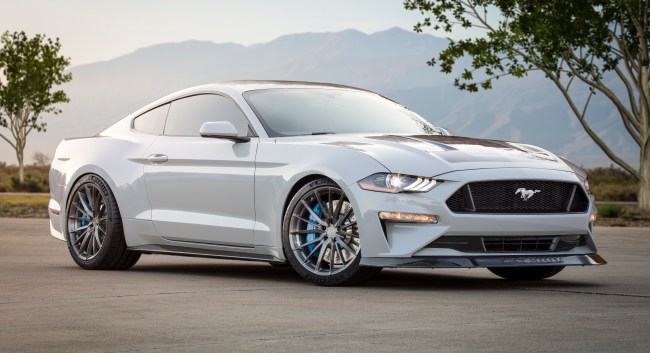 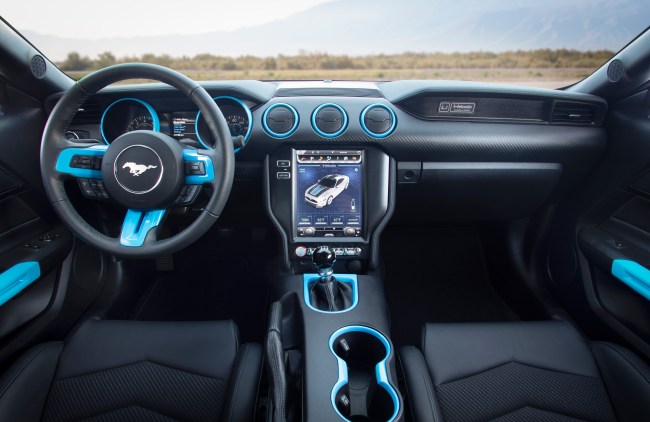