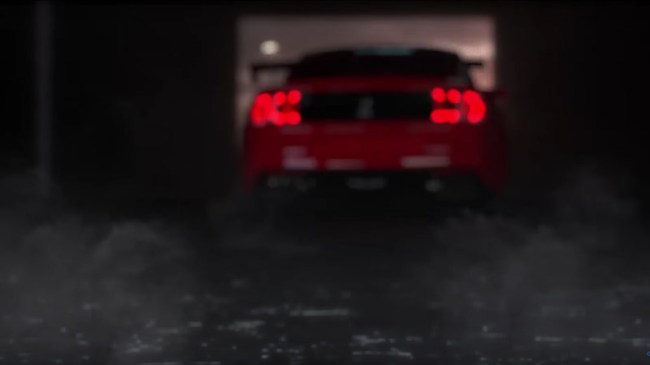 At the Detroit Auto Show this weekend, Ford flaunted their new 2019 Mustang Bullitt GT on the 50th anniversary of the movie Bullitt which starred Steve McQueen. Now we get a sneak peek at Ford’s way more powerful 2020 Shelby Mustang GT500 and it will be crazy fast.

Ford just threw down the gauntlet in the muscle car arena by promising that the new GT500 will be the company’s most powerful street-legal production car to date. The mighty Mustang will rule the roads thanks to a supercharged V8 that packs more than 700 horsepower. This kind of output makes it twice as powerful as the original 1967 Mustang GT500 and much stronger than the last model back in 2014 which had 662 horsepower and 631 lb.-ft. of torque. Ford claims that the new car “engineered to stand apart on roadways and race tracks, thanks to its new innovative track technologies and performance hardware.” For Ford to claim horsepower superiority in the production muscle car department, the Shelby GT500 would need to beat the Challenger SRT Hellcat, which has a neck-snapping 707 horsepower.

The new Ford Mustang Shelby GT500 will hit the streets in 2019. Until then all we have is this teaser trailer for the upcoming road beast. Check out all of the incredible cars to come out of the North American International Auto Show (NAIAS) by clicking HERE.