#summer
BroBible may earn a commission if you buy a product or service via links in this article.
by Rick WolfJune 20, 2017 11:40 am 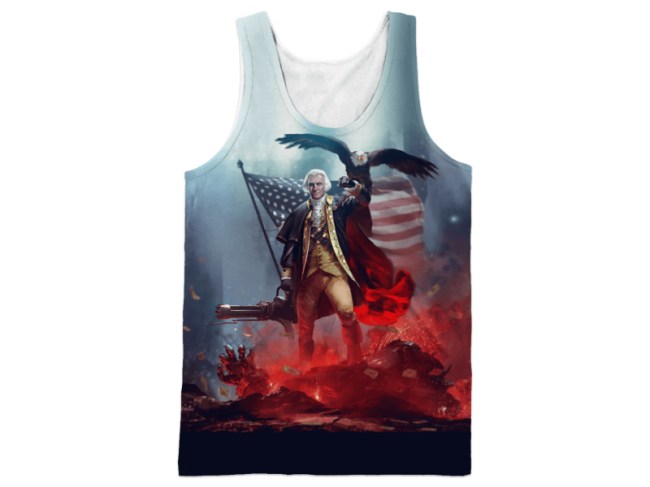 Abe Lincoln was a vampire hunter. Apparently, George Washington was part Terminator and part animal trainer. At least according to the people at American AF.

Check out their George Warshington tank…

“Celebrate founding father George Washington in the role he was always meant to play, cyborg eagle trainer. This tank top depicts the sci-fi movie we all wish would be coming soon to a theater near you, an action-packed patriotic thriller that tells the real story of how George Washington tackled mutant robots to plant the American flag on the United State’s soil.”

With the way the world is going, George Warshington just might be the president we need.