A Leisurely Ride Around The Great Lakes In The GMC Acadia 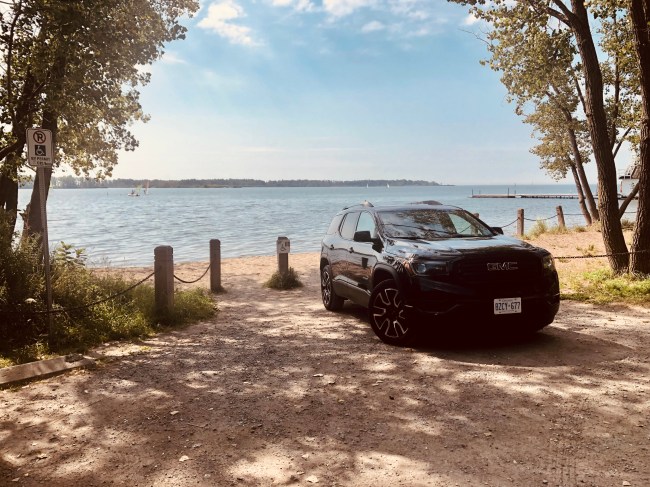 It was right around Hamilton, Ontario, Canada that I finally started to notice all the benefits of the GMC Acadia. That’s where we picked up my brother-in-law, adding him to our crew. No doubt, the extra space would come in handy on this international road trip.

For the previous two days, it was a simple ride from Toronto down to Erie, Pennsylvania, by way of Niagara Falls, New York. Coming straight off a redeye flight from Las Vegas, our road trip south began at Pearson International Airport at the crack of 6 a.m.

Ordinarily, Canada doesn’t necessarily feel particularly foreign, but having shut all data roaming off of my phone, just finding my way out of the airport, over to the 403 southbound, already proves to be a challenge. Fortunately, the GMC Acadia SLT has a wicked touchscreen dash setup, complete with WiFi, Apple CarPlay, and all, and soon it’s straight to Niagara Falls.

Now, driving in Canada isn’t really different than driving in the U.S. The highways are well maintained, traffic flows on the right side of the road, and general speed limit guidelines apply; however, with the change over to the metric system, it’s obscurely fun to drive a consistent 100, albeit kilometers per hour. The Acadia easily handles the upper reaches of the Canadian speed limit, gliding along the smooth asphalt. I know it’s a mid-size SUV, but the GMC Acadia really handles like a sedan. 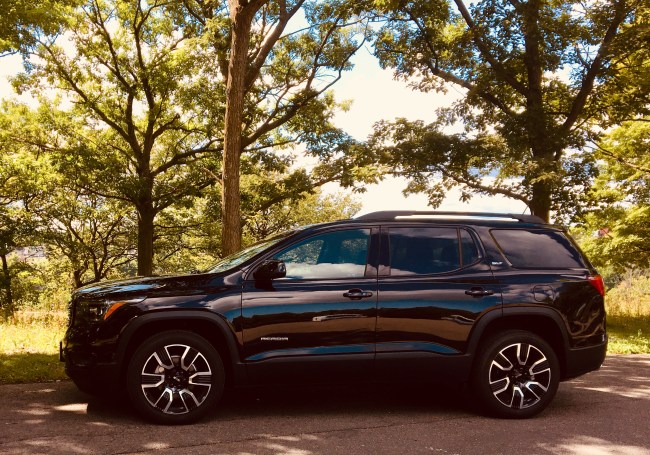 After 80 miles of smooth sailing, there’s a bit of congestion approaching border control on the Rainbow Bridge. The view of the falls is rather impressive, making the wait to enter the U.S. both tolerable and pleasant. But once the border is crossed, things, well, start getting weird …

There’s nothing strange about Niagara Falls, New York, per se. There are major tourist attractions like the Maid of the Mist, the Cave of the Winds, Niagara Falls State Park, and the falls themselves, most of which can be seen in a day. There are beautiful parks like Whirlpool State Park and Devil’s Hole State Park, but once we’re back on the highway, jamming down I-190 towards Erie, PA, it becomes clear why this international jaunt is freaking me out.

The Acadia itself performs beautifully, whipping and weaving through the two-lane highway, across the bridges of Grand Island and through Buffalo. We’re making impeccable time after the holdup at the border, but once on I-90, the New York State Throughway, it becomes clear that I’m a better driver than I am a mathematician.

See, this Canadian model, outfitted with Ontario plates, has a completely metric dash, and while it was fun to motor along at 100 km/h north of the border, in the U.S., the century mark just won’t do.

Not wanting to alert the fuzz, I try to keep it at a steady 120 km/h, but the flow of traffic is going much faster, and the Acadia can definitely handle the speed while maintaining a smooth ride. Besides, this all black edition, with its 20-inch aluminum wheels with gloss black accents, black grille, black headlamp and taillamp details, black mirror caps and roof rails, and black exterior accents, is so sleek, stylish, and low profile, that I’m no target for radar enforcement. 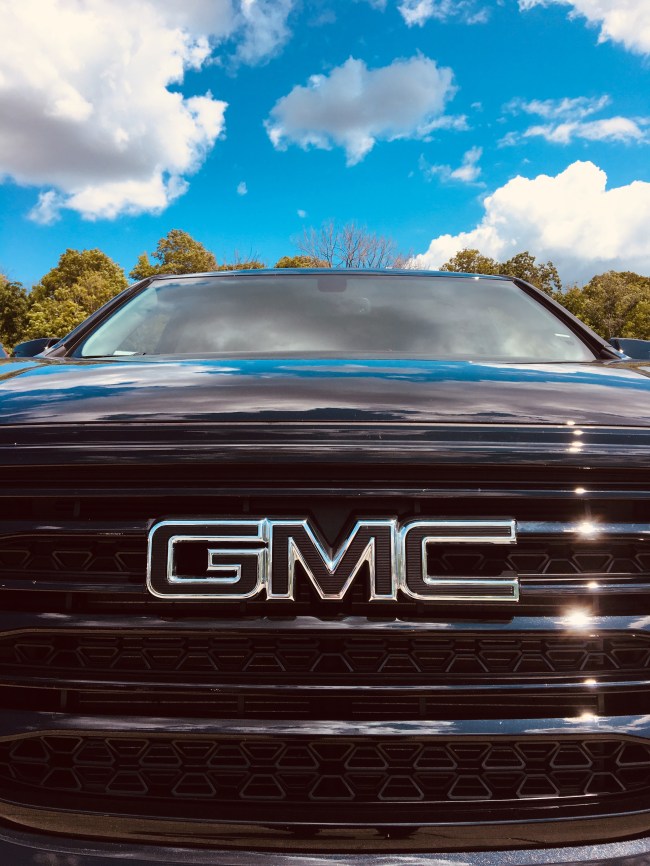 The remainder of the 120-mile trip along Lake Erie is comfortable and effortless. The 22-gallon gas tank and 20 mpg on the highway means there’s no need to stop for gas, and the 271 pound-feet of torque and 310 horsepower makes the drive a breeze.

Stationed in Erie, PA for a couple of days, it’s only light driving around town, never once cranking the engine back up to full tilt, but heading back north to Toronto, this time via the Peace Bridge, which has significantly less traffic, it’s fun to open the Acadia back up and push the upper limits of this metric-gauged monster. Confused by the speedometer the entire time I’m driving in the states, things start to make sense again north of the border.

Zipping along the shores of Lake Ontario, the smallest of the Great Lakes, it’s time for a brief stop in Hamilton, Ontario to pick up my brother-in-law.

It’s a rare occasion when the road trip crew balloons up to three, and with his luggage in the ample trunk space (which I’ve folded down to eliminate an entire row of seats to make room for a trio of big suitcases), he climbs in one of the rear captain’s chairs, providing directions to Toronto. Seriously, who needs a GPS when you have a real life Canadian in the back seat.

Continuing our journey on to Toronto, I start to see even more benefits of the GMC Acadia, which has enough interior space for large groups on a long haul trek while still being small enough to navigate through congested city streets. It’s low enough to the ground to not feel out of place among the sedans and coupes, but still provides a higher vantage point. There’s also the matter of city parking, which is never ideal. Fortunately, at 193.6 inches, the GMC Acadia just barely fits into every parking space in town, including the snug confines of the garage at my AirBnb.

Now, if I was already pleased with the 79 cubic-feet of interior space when my brother-in-law joined the road trip crew, imagine how great that ample cargo space feels when my cousin, all 6’2”, 220 pounds of him, joins us for the last few days in Toronto? It’s truly become a complete family affair in the GMC Acadia, and once again, the interior space provides enough room for four full-grown adults, with luggage, and everyone feels comfortable and has plenty of personal space.

These little details are important on any road trip, let alone an international affair that pits a pair of total strangers together in the back seat. But everyone’s chill, everyone’s happy, and everyone is digging the smooth ride around town as we jam around different parts of Toronto, up and down Chinatown along Spadina, even making a trip to the suburbs to visit grandma.

The GMC Acadia truly is a family vehicle, with a twist, that’s still edgy enough for the gnarliest roadtrip crews and the type of ride that you can drive as you graduate from your 20s and 30s bro status into the next generation and beyond.

It’s been a fun few days in this whip, but after one final drive along the north shore of Lake Ontario, it’s back to Pearson International Airport, where we say goodbye to our Canadian chariot — the GMC Acadia.