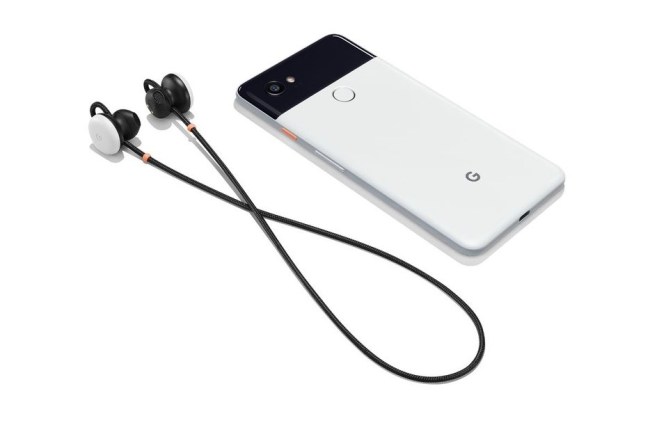 It’s been a huge week for Google. The company debuted their newest Pixel phone, a futuristic smartphone that’s so jacked up with features it’s all but certain to flip some diehard iPhone users over to the Pixel.

Built within the Pixel 2 phone is Google Translate, software that can instantly translate a spoken language. This work with 40 languages. Google also announced new earbuds, Google Pixel Buds, which pair with the Pixel smartphone….What’s all this mean? It means a person with the Google Pixel Buds in the ears can be running Google Translate software on the Pixel 2 smartphone, and it will translate the spoken language in real-time, and the person wearing the earbuds can listen to 40 languages translated into their native language.

Google demoed the technology in action on Wednesday, and the earbuds quickly translated a conversation between English and Swedish–to much applause from the audience. The platform operates in 40 different languages. That’s essentially like having a translator that can speak in 1,600 different language combinations right in your ear.
The Pixel Buds can be used with the iPhone too, but only Pixel owners will be able to use tools like Translate and the Google Assistant. (via)

If you’ve ever read The Ultimate Hitchhiker’s Guide to the Galaxy then you already know this feature as the ‘babel fish’. In the book, it was a tiny fish that anyone could insert inside of their ears and it would instantly translate every language in the universe. Google hasn’t rolled out the ability to translate every language under the sun in real time…yet…but they’re on their way.

Is this feature enough to get me to switch from the iPhone to the Google Pixel? No, probably not. I don’t travel enough internationally to the point that this is a game-changing feature in my life. But, if I needed a work phone and was traveling abroad regularly I’d definitely consider picking up the Google Pixel 2…What about you bros?