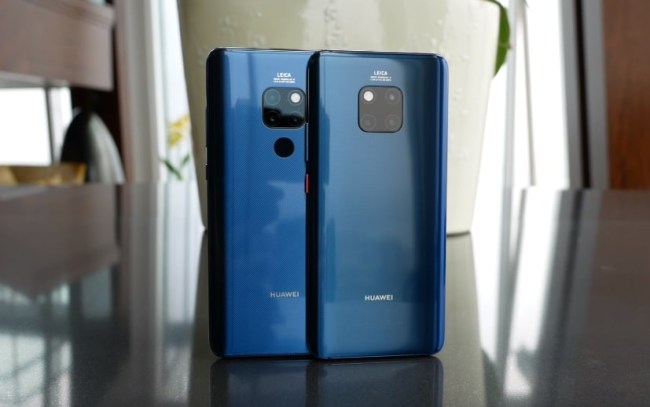 The smartphone market has been rather stale for the last few years with little advancements to compel customers to upgrade their handsets. The fourth quarter of 2017 witnessed the first year-on-year decline in global smartphone sales since tracking began. The lack of innovation plus the price of premium handsets surging has caused the smartphone replacement cycle to lengthen. The Huawei Mate 20 Pro looks to have a bevy of eye-opening new features that may entice customers to run out and snatch a new phone.

Taking mobile technology to another level. A #HigherIntelligence is here. Meet the #HUAWEIMate20… pic.twitter.com/ibriRjRJ2C

Most new smartphones have wireless charging, but the Mate 20 Pro has reverse wireless charging. That means that you can wirelessly charge another phone or any Qi-compatible device from the Mate 20 Pro. That may sound like a mistake, but the Mate 20 Pro boasts a beefy 4,200-mAh battery, plus it fast-charges to 70 percent capacity in only 30 minutes. The fast-charge system is a hefty 40 watts compared to most Android fast chargers that only have 18 watts. So even if your friend is leaching off your phone’s juice, you can quickly power up your Mate 20 Pro or both phones at the same time with only one charger.

The charging isn’t the only thing that is fast on the Mate 20 Pro, the Huawei-made Kirin 980 processor (2x 2.6GHz Cortex A76, 2x 1.92GHz Cortex A76, 4x 1.8GHz Cortex A55) will reportedly be faster than the Snapdragon 845, which is used in the Samsung Galaxy S9/S9 Plus and Note 9. The Kirin 980, which has 6.9 billion transistors, will allegedly have 20 percent better performance and 40 percent increased energy efficiency than their previous processor. The processor also has dedicated neural processing units (NPUs) to help with artificial intelligence tasks such as optimizing performance as the device gets older as well as camera functions.

The Mate Pro 20 doesn’t have a camera. The Mate Pro 20 has four cameras — three rear and one in the front. There are three Leica rear cameras — a 40-megapixel f1.8 main cam, a 20-megapixel f2.2 ultrawide-angle cam, and an 8-megapixel f2.4 telephoto camera with a 3x zoom that provides more zoom than the iPhone XS or Galaxy Note 9. The three cameras will provide clarity at different focal points for sharper images. The front camera is 24 megapixels with f2.0.

Broaden your perspective with the Ultra Wide Angle Lens. The #HUAWEIMate20 has raised the landscape shot game. #HigherIntelligence pic.twitter.com/jnC7ceY6ti

But it isn’t just the camera that makes photos on the Mate 20 Pro stand out, Huawei’s Master AI 2.0 image processing slices up images into different segments and optimizes each section. The AI can identify things such as a blue sky or a gray building or a person and optimize each area. You can utilize a color isolation mode AI Portrait and make certain things color but leave the background monochrome in photos and video.

Give life a splash of colour. With AI Portrait Mode on the #HUAWEIMate20 you can film with a Hollywood effect and create your own work of art. #HigherIntelligence pic.twitter.com/eCdHSDxHG4

Design wise, the Mate Pro 20 looks like a combination of the Galaxy S9 Plus and the iPhone X. The Huawei flagship phone boasts a 6.39-inch, 3,120 by 1,440-pixel curved AMOLED QHD+ screen much like Samsung offers, but it still has the iPhone X-esque notch. In the notch there is a 3D face scanning dot projector, much like Apple’s FaceID for their “3D Face Unlock.” But the Huawei Mate 20 Pro will also offer a fingerprint reader that is built into the screen, something Samsung has been attempting to implement for years.

Unlock with the tip of your finger. Touch your fingerprint on the screen to unlock your #HUAWEIMate20Pro. #HigherIntelligence pic.twitter.com/vrtGfSSNwT

Other specs include an IP68 rating for dust and water resistance, 6GB of RAM and 128GB of storage, plus there is a microSD card slot. Color finishes for the Mate 20 Pro will be emerald green, midnight blue models, a color-gradient blue-green model called twilight, and pink gold, and black.

Expect the Mate 20 Pro to be in the $1,000 price range, but this smartphone won’t be widely available in the U.S. because some analysts suggest that Huawei Technologies Co Ltd, which overtook Apple in global smartphone sales in August, could potentially be a security threat because it is a Chinese telecommunication company. The Mate 20 Pro will be released on October 26, 2018.