Why A Cheap Cooler Is Better Than An Expensive Lifestyle Cooler, According To A Comedian On Instagram 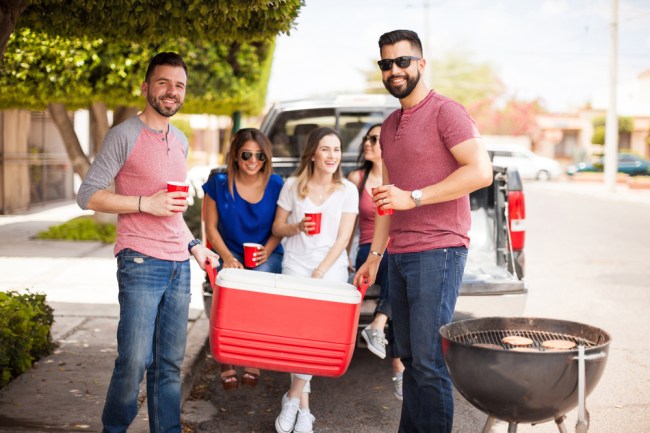 Is an Igloo cooler better than a Yeti cooler? Igloo vs. Yeti. It’s a time-honored debate this time of year, especially as Bros around the country tailgate and head to hunting camp.

Look: We love our Yeti Coolers here at BroBible. Absolutely love ’em. Can’t live without ’em. They keep the beer icy cold all weekend in the back of the truck like a good tailgating cooler should. But let’s be honest: While a coveted (and, expensive as heck) item for patios all around America, the trend of fancy lifestyle coolers is hardly a unique one. Igloo and Coleman have been making coolers to keep your beer cold for generations, back when your grandfather came home on a Friday to mow the lawn and throw a 24-pack of Hamms pop-tops in his Retro 54-Quart steel-belted cooler.

Lee Ayers — the Chilis-lovin’ memelord behind Instagram’s Middle Class Fancy — went on a tremendous rant about the lifestyle cooler trend, ranking all the reasons why a 48-quart Coleman Classic (cost: $32 on Amazon...) is much better than a Yeti at 10x the price.

If you’re interested in some cheap coolers on Amazon for those crispy cold ones, here are five of my favorite:

And if you’re till in the market for a Yeti — because let’s be honest, they’re pretty damn cool — here’s a massive YETI Tundra 105 in White or Tan for $479 on Amazon…