#Sponsored
BroBible may earn a commission if you buy a product or service via links in this article.
by Sean CostelloAugust 30, 2021 5:02 pm 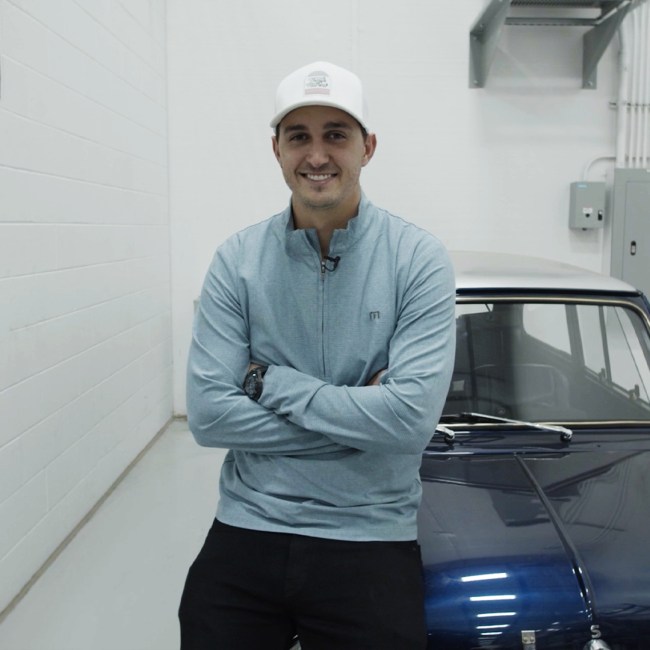 It’s always inspiring to see where true determination and passion can get you. Graham Rahal has dedicated his life to racing, and IndyCar more specifically. He’s made his dream a reality for over a decade. But if you’re a fan of racing, you know that Rahal has his eyes set on a victory at the illustrious Indy 500.

Known as the largest single-day sporting event in the world, the Indy 500 is a big deal. With 350,000 fans in attendance at the Indianapolis Motor Speedway and the entire racing world watching, there’s no bigger moment.

Earlier this year, TravisMathew traveled to Indianapolis for the Indy 500 with Graham Rahal to film his Life on Tour. From growing up around the sport as the son of legendary driver Bobby Rahal to 14 years at the top level of open-wheel racing, Graham has quite the story. Take a look below to see the episode.

What amazes me is Graham’s dedication to the sport and determination to win the Indy 500. He’s been winning races at the top level of his sport since 2008, when he was only 19 years old. Graham knows his way around the track. And he also understands the importance of the Indy 500 and what winning it means.

“The Indy 500 is one of the longest-standing sporting events in the world. It’s the ultimate adrenaline rush, and for us, it’s what we all live for,” Graham relates. “If you’re an IndyCar driver or even a driver of any other type of racing, the Indy 500 is still the dream—it’s the pinnacle. It’s what you want to win! Everybody knows whoever wins that race, their lives will never be the same.”

A true contender in this year’s 200 lap race, Graham started on the outside of row six. And just after the halfway point, he held first place before going in for a pitstop. But Graham’s Indy 500 victory hopes were dashed when his wheel came off seconds later, causing him to spin across track and hit a wall. Thankfully, Graham escaped uninjured, but his chance at this year’s Indy 500 was over. 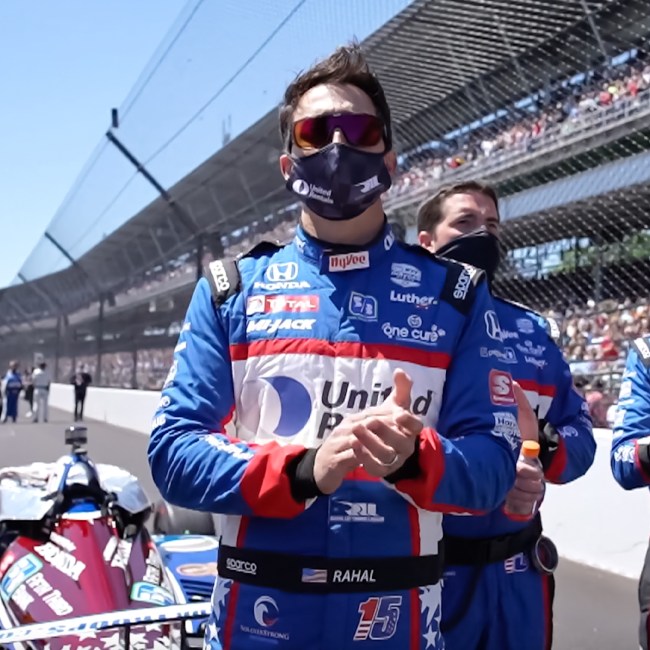 Graham’s been around racing his whole life, so he understands sometimes it’s just out of your control. But just because this year didn’t turn out expected doesn’t mean Graham has lost hope. He keeps the same optimism that we should all keep in our lives.

“For me, the positivity that I can keep through it all is I do think my chapter, my time will come. And I’ve been close, many times. Many times I’ve wondered – Why? Why wasn’t it me? 2020. I thought it was me. [I] came up just short. But hopefully, you know, if we don’t win this year. 2022 is around the corner and we’ll have another shot at it.”

One of the premier men’s lifestyle brands, TravisMathew creates versatile, everyday apparel that’s engineered for both the work day and afternoon adventures. Drawing inspiration from the culture and lifestyle of Southern California’s surf, sand, and sun, TravisMathew balances comfort and style perfectly. By using a smart blend of performance and innovative design, you’ll get clothes you can actually live in.

You can also take a unique look into the lives of those who inspire us through TravisMathew’s Life on Tour film series. Following individuals from the sports, business, and entertainment worlds, TravisMathew gives an inside look at each person’s life on the road and at home.